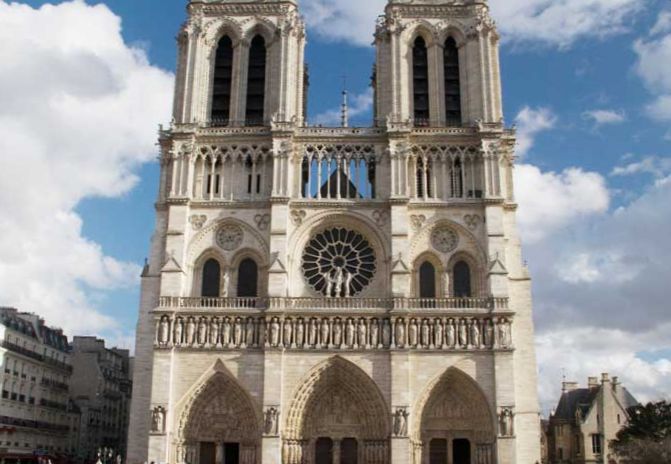 Though Christian buildings by purpose, Europe’s Gothic cathedrals contain an ancient Pagan wisdom hidden in their architecture. This wisdom, which predates Christianity, was placed by the operative Freemasons, builders commissioned by the Church to create cathedrals, churches, and other edifices. For centuries the Masonic heresy went unrecognized, but the Church eventually outlawed the Freemasons and called for their immediate destruction once the heresy was discovered. Their structures live on, however, and in this article we’ll see how Freemasonry’s “lost secret” can be found encoded in the stone architecture of Gothic cathedrals.

Rumors have for centuries swirled that the Freemasons are in possession of a “great secret.”

—Thomas Paine, The Origins of Freemasonry, 1818

This secret is said to be an ancient Pagan wisdom-teaching, a highly advanced and life-changing “Sacred Science” they inherited from Antiquity. In Tolstoy’s War & Peace, a Freemason says…