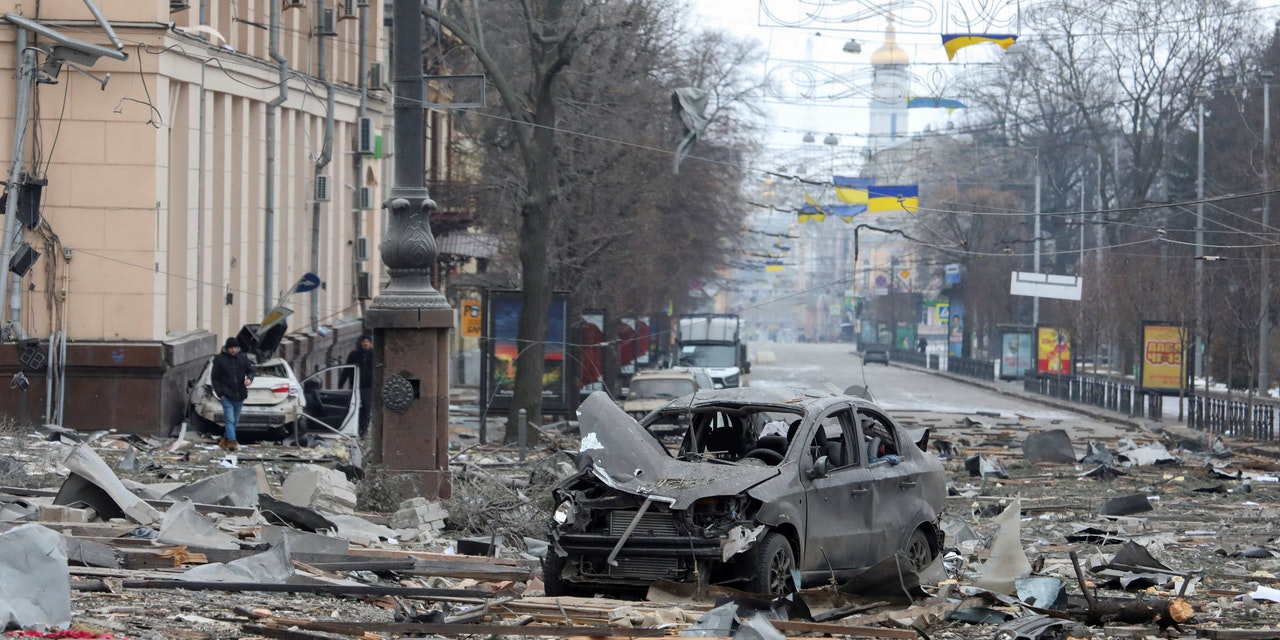 Since the beginning of the war, Poland has been strongly helping Ukrainian refugees and organizing support both for them and for the population remaining in the war zone.

The Grand Orient of Poland supports the population of Ukraine affected by Russian aggression. Polish Humanitarian Action – one of the largest and oldest humanitarian organizations in Poland, operating in Ukraine since 2014, has created special sub-accounts for the collection organized by Polish Freemasons. We ask for fraternal help for Ukraine.

Below are the account numbers, and further on the Grand Master’s open letter.

On 24.02.2022 at 5:00 a.m. Russian troops invaded Ukrainian territory. Russia launched a war against a country governed by values of freedom and peace. Consequently, beginning a war against the entire World Peace. The occupier is using aircrafts, helicopters, ships, combat vehicles, artillery shells, rockets, as well as butterfly mines that are banned by the Ottawa Treaty. These acts of aggression took place against civilians as well. The murder of innocent, defenseless men and women, elderly and children is intended to intimidate and devastate the Ukrainians. The aftermath of this crime against humanity is a mass population flight from Ukraine; already estimated at 400,000 people, with another 1.5 to 3 million on the way.

The answer to the extent of this tragedy is fraternal aid, given in an unprecedented way. The needs of our Ukrainian Sisters and Brothers cover all areas of life, such as medical aid, basic supplies, rescue, and evacuation. Starting with the latter, hand in hand with Ukrainians, Poles are organizing the evacuation of civilians currently hiding in basements of shelled houses or bunkers. Often, they are deprived of sleep for 35 hours or more. Volunteers travel far across Ukraine, then under the menace of rifle barrels and tank cannons they make their way back to the Polish border; only to return a short while later to pick up the next groups of people in distress. Before heading back to Ukraine, they collect food and medicines supplied to them from Poland. Privately organized transports are directed to places of immediate danger communicated via internet services such as Instagram, Facebook, WhatsApp; and located through GPS-enabled phones.

The Polish Humanitarian Action (Polska Akcja Humanitarna) is working in Ukraine since the beginning of this conflict. Identified as immediate needs, after entering the territory of Poland, the organized humanitarian aid includes food provisions, medicines, medical care, clothing, and transportation. All this help is offered by thousands of people delivering Ukrain-ians to all Polish cities, where apartments with prepared beds and necessities are made available by countless Polish citizens waiting for their guests. At the reception sites, they are again provided with clothing, hygiene items, baby strollers, furniture, and all other basic items. Upon arrival, legal and medical support is also provided. Most importantly, from the very initial contacts, all support is driven by empathy, sensitivity, care, and full understanding of this tragic situation. These activities are carried out by the state administration, NGOs, social help as well as regular Polish citizens.

Some of the activities are also initiated by members of the Grand Order of Poland faced with costs that are difficult to imagine – all aware of their own and society’s financial limitations. To help on the largest possible scale, the Council of the Grand Orient of Poland decided to turn to all known masonic Obediences for support. Financial aid should be directed to organizations that provide aid in a professional manner.

For this reason, we started to closely cooperate with the Polish Humanitarian Action (PAH) that is present onsite since the beginning of the conflict. PAH has been active in almost all parts of the world affected by military conflicts over past three decades. They are present in Ukraine since 2014, aiding people who must leave their homes. They look after the fundamental human needs, such as food and hygiene, as well as provide financial and psychological aid.

we turn to you to ask for fraternal support for Ukraine. Please make donations to the account numbers indicated above with the title: . The Polish Humanitarian Action (PAH) created special sub-accounts for the collection organized by the Grand Orient of Poland.

To Me, Widow’s Children!