Interview with Grand Master of The Honourable Fraternity of Ancient Freemasons 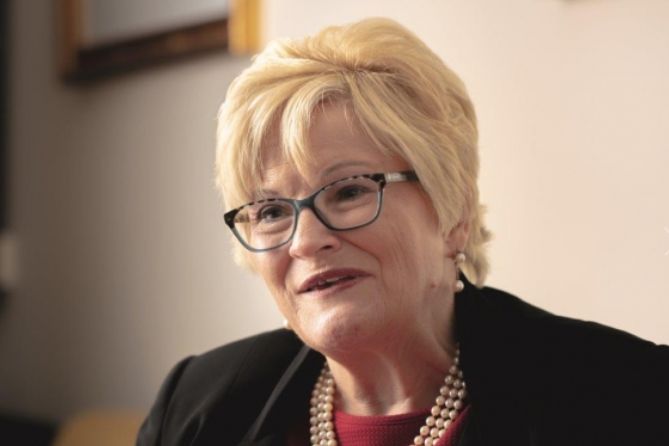 WITH ITS ROOTS IN SOCIAL REFORM, THE HONOURABLE FRATERNITY OF ANCIENT FREEMASONS, ALSO KNOWN AS FREEMASONRY FOR WOMEN, IS A FORCE FOR EMPOWERMENT, SAYS GRAND MASTER CHRISTINE CHAPMAN

What inspired you to become a Freemason?

My father was a mason and he loved every minute of it. He came to it late in life, but made some wonderful friends. It meant so much to him to belong. My mother joined at his behest and my husband was one, too, so I knew quite a lot about it. My mother asked me to join, so I took the plunge and entered the Constance Leaver Lodge, No. 39, in Marble Arch. I’ve now been a Freemason for 42 years. And I’ve never regretted it for a minute!

You became Grand Master in 2014. How have you found it?

It’s almost 24/7 now. I’m always at the end of my mobile and on social media, looking for opportunities to promote the fraternity. I had quite a rapid rise after a number of years as a ‘pale blue brother’. My first office was as a Grand Steward and by then, I’d made Freemasonry my life and I think they recognised I was dedicated. You can’t take on the responsibilities of a Grand Master without giving yourself to it 100 per cent.

What are the origins of women’s Freemasonry?

The old myth that it began with inquisitive women being discovered hidden in lodge cupboards, grandfather clocks and under floorboards – and that they were made masons to protect the secrets – is entertaining, but none of these women went on to develop women’s Freemasonry.

It began in prerevolutionary 18th-century France with…