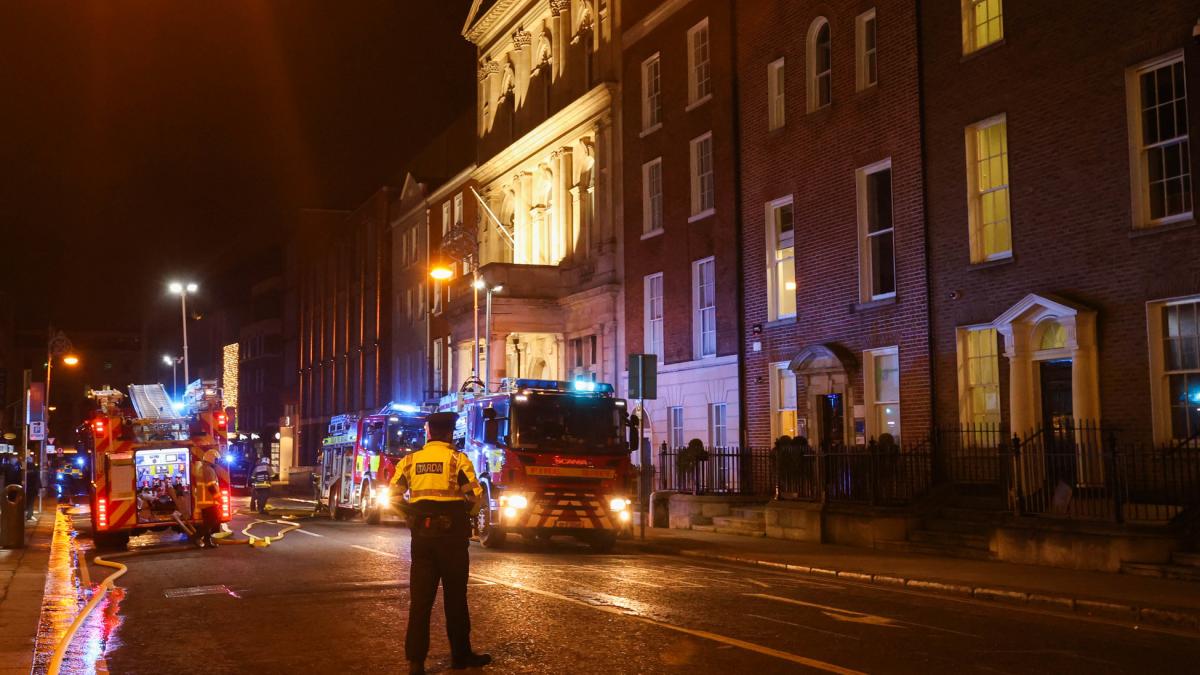 Gardai believe the arson attack on the Freemasons’ Hall in Dublin on New Year’s Eve may have been inspired by anti-vaccine conspiracy theories viewed online. Graffiti was found on the pavement nearby, accusing the

Freemasons of being part of a global Covid conspiracy and describing the pandemic as a hoax.

There have been previous demonstrations outside the historic building on Molesworth Street, and at other Masonic buildings.

The man suspected of carrying out the arson attack, who is from south county Dublin and aged in his thirties, was in a critical condition at St James’s Hospital last night.

He sustained serious injuries after jumping from a window shortly after the blaze had been started inside the building’s library and café at about 5.20pm on December…