Ireland – Freemasons’ involvement in Patrick’s Bridge construction to be marked 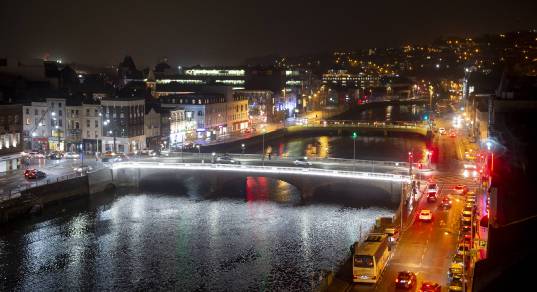 The newly lit and revovated St. Patricks Bridge spanning the River Lee in Cork City. The bridge which was orginally opened by the then Mayor of Cork, Sir John Arnott, on December 12, 1861. Tomorrow an opening ceremony will take place at 2pm and a commemorative plaque will be unveiled.

THE Freemasons in Cork were involved in the construction of the original St Patrick’s Bridge over the River Lee almost 160 years ago and the current Provincial Grand Master of the order told The Echo that it is an honour to be involved yet again.

Tomorrow, Grand Master Leslie Deane will bring the spirit level which was used in the original construction with him for incorporation into the ceremony.

“The masonic order was involved in laying the foundation stone for the original St Patrick’s Bridge,” said Mr Deane. “We still…