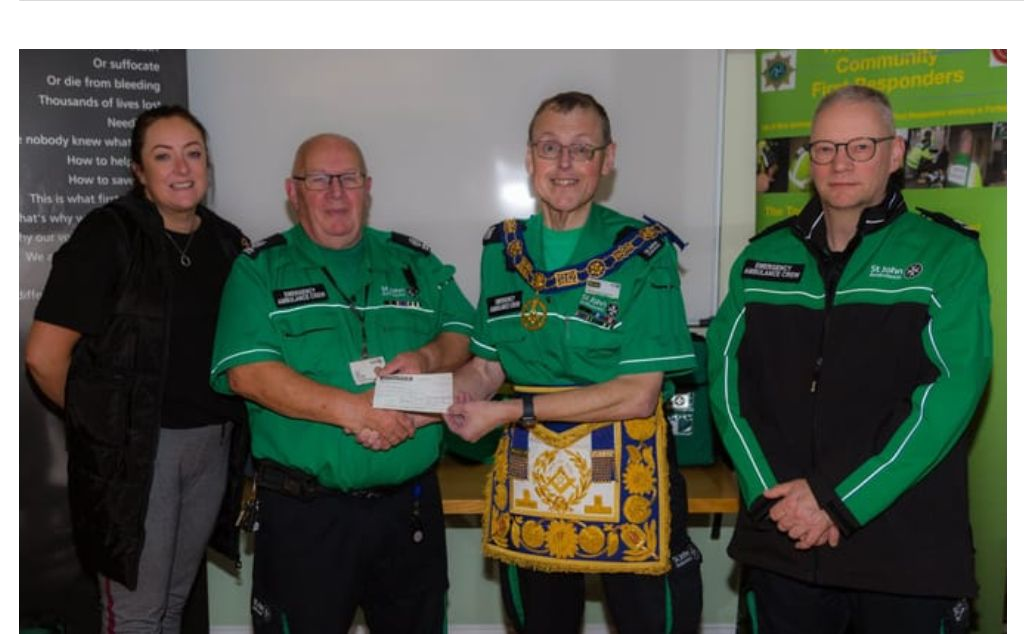 The Isle of Man Freemasons has presented a cheque to the St John Ambulance for £1,000 in memory of a member who died recently.

The money, which will go toward supporting the very important services the organisation provides to the Manx population, has been raised in memory of the late Freddie Wright.