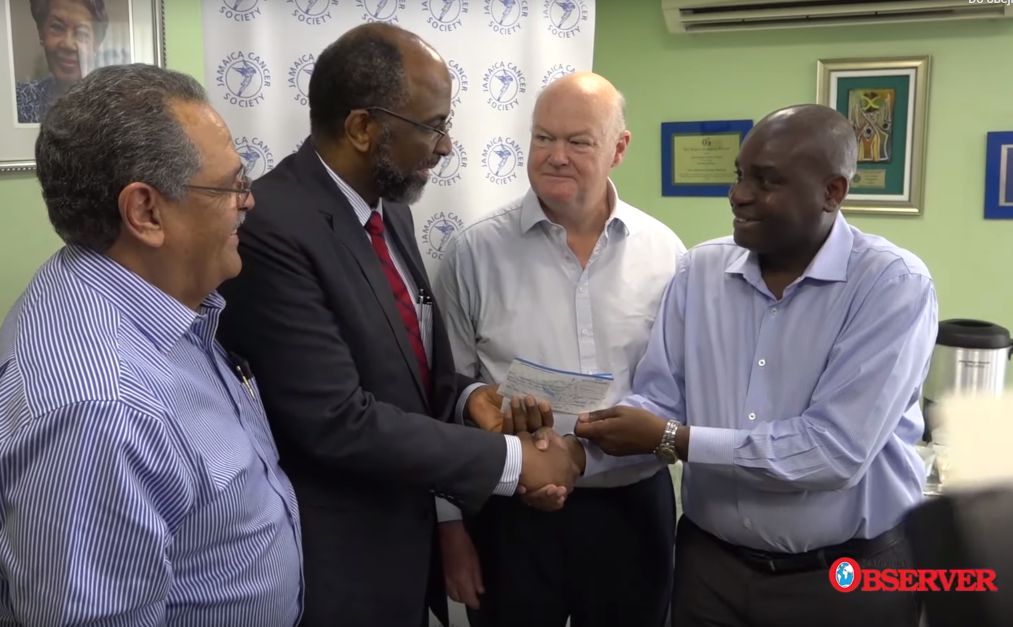 English Freemasons last Friday donated just over $2 million to the Jamaica Cancer Society (JCS), ahead of yesterday’s installation of a new district grand master of Jamaica and the Cayman Islands.

“Jamaica has always been important to us. It’s an extremely well-run district,” Lowndes told the Jamaica Observer in an interview after presenting a cheque from the UGLE valued at £5,000 at the JCS headquarters on Old Hope Road in St Andrew.

“We ask the districts what charities they favour so that we can add to the donations they are giving to make them even more worthwhile. It’s a natural thing for us to support any cancer charity, but this one in particular, and it’s a great privilege to be able to do so,” he said.

The donation from the District Grand Lodge of Jamaica and the Cayman Islands was $1.2 million.

Pointing to the importance of screening, Lowndes said…

read more and watch a video at Jamaica Observer: