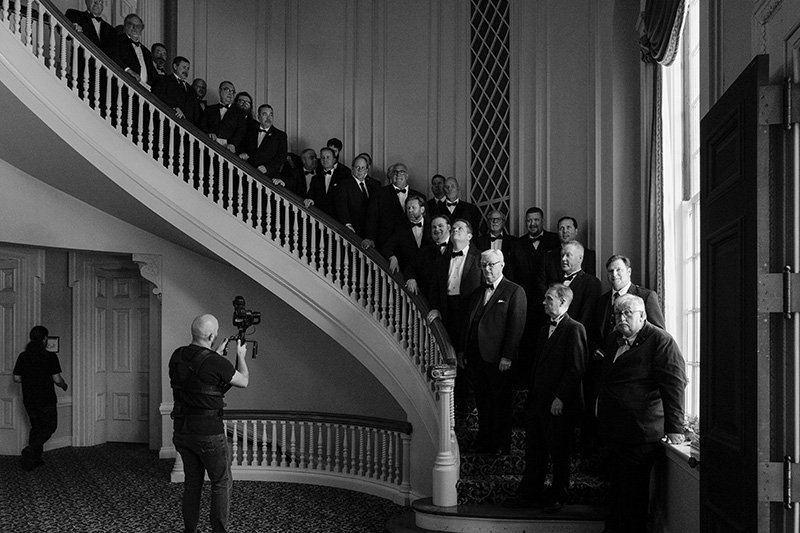 The world is fascinated by the mysterious and mythical, and for this and other reasons the Fraternity of Freemasons has captured the imaginations of many. As a membership organization, many of the events and rituals of Freemasonry are available only to members, contributing to the shroud of mystery that has grown around the organization.

While the organization has existed for centuries, membership in recent years has been declining, and many members feel the organization is misrepresented in popular culture. With this in mind, local Freemason and filmmaker Brian T. Evans, owner of BT Media Productions, recently took an opportunity to use his professional skills to dispel myths and clarify misunderstandings about the organization by documenting one of its signature rituals in the documentary, “The Masonic Table – The Art of Dining in Freemasonry,” now available for streaming on Amazon Prime.

Evans, who is a member of Lexington Lodge No. 1, explained that the idea for the film originated during the pandemic. After realizing in 2020 that the organization couldn’t hold its Annual Festive Board, one of the group’s most anticipated annual events, the idea to funnel energy into…