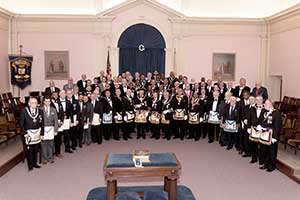 Local attorney and a lifelong member of Somerville’s business community, Philip Privitera, was honored last week at one of his final meetings to preside over the Mystic Valley Lodge in Arlington.

Privitera was recognized for his work and dedication to Freemasonry in both Arlington and Somerville. He presided over his lodge for the past three years and on this, one of his last meetings before stepping down, was congratulated and visited by three present and past Grand Masters of Freemasonry. 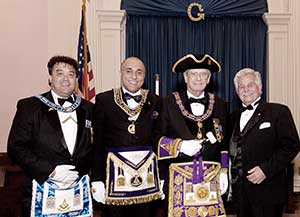 Also attending were many dignitaries from around Massachusetts as well as locally here in Arlington and Somerville.

Privitera was presented with many gifts as gestures of gratitude from the three GMs. Philip, on behalf of the Privitera Family charity, donated many thousands of dollars to his guests the three GMs…