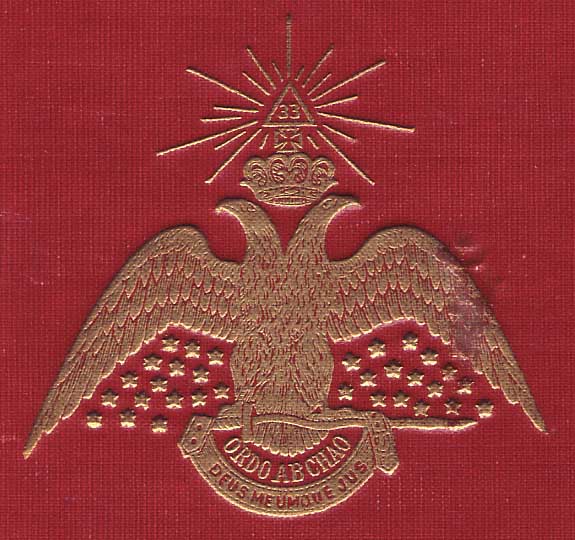 Of the many symbols and phrases of Freemasonry, a few mottoes are important enough to be prominently, and sometimes publicly displayed on flags, seals, or regalia. The phrase “Ordo Ab Chao,” is the motto of the 33rd degree, which can be found on the grand decorations of the Order of the Sovereign Grand Inspectors General, one of the highest honors and roles which can be bestowed upon a Mason. It is also featured on other seals and flags representing various Orders.

This phrase being depicted so prominently, particularly in relation to the 33rd degree, indicates a tremendous importance to Freemasonry. Indeed, Ordo Ab Chao, translated to “Order from Chaos,” is also associated with another latin phrase, Lux In Tenebris, which translates to “Light from Darkness.” Why is the idea of Order from Chaos or Light from darkness so significant to Freemasonry? Let’s explore this question together.

As always, this article does not represent the official views of Universal Co-Masonry, but are simply the reflections of…