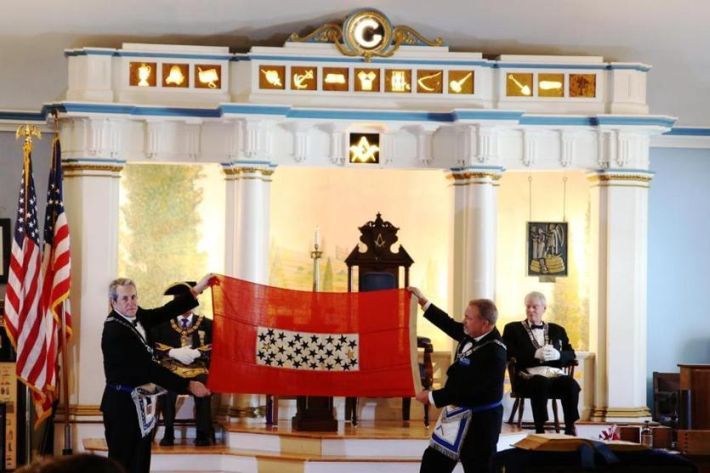 Members of Concord’s Corinthian Lodge presented the flag that had been in a time capsule for 100 years. The stars represent lodge members who joined the military in World War I.

Concord — A century after American doughboys returned home from Europe, members of a local Masonic lodge Sunday opened a time capsule left behind by World War I veterans containing a memento of their military service.

The time capsule included instructions to open it on Nov. 11, 2018 — 100 years after the end of the war. And as world leaders honored the deaths of soldiers on both sides of that global conflict Sunday, a few hundred people gathered inside Concord’s Corinthian Lodge…