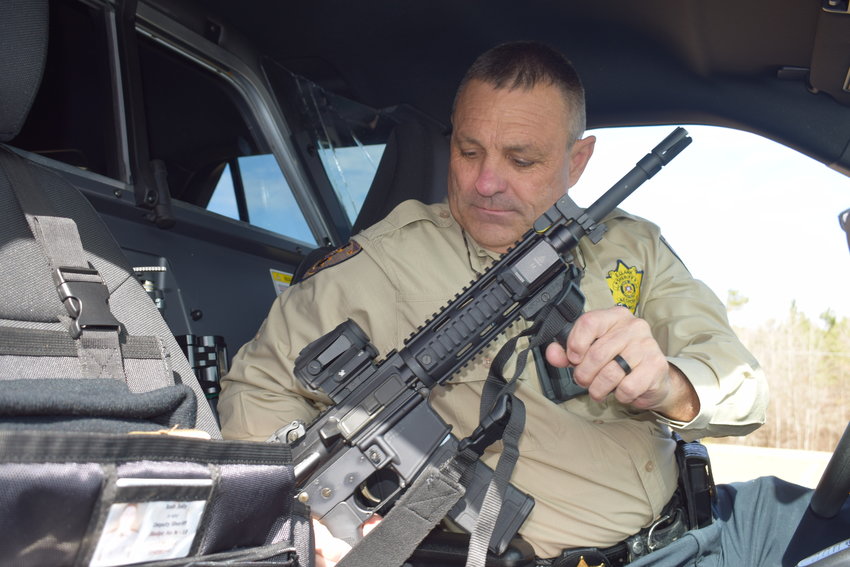 The Philadelphia Masonic Lodges have donated roughly $3,000 to the Sheriff’s Office for gun locks that give deputies a safe and accessible place to secure their rifles in their vehicles.

Sheriff Eric Clark said that the weapons are automatic AR-15 patrol rifles and previously had to be secured in a trunk or rear compartment or were left on the passenger seat of the vehicle.

“This is a key item in the safety of our patrol officers,” Clark said. “We look at this as another tool in their belt.”

Clark said that the locks are installed in the center console of his vehicles between two seats over the driver’s right shoulder and feature a secret latch that the officer can easily reach to grab the weapon.

“This gives officers the opportunity to keep these rifles at arms reach,” Clark said.

Clark said that he would like to have a total of…