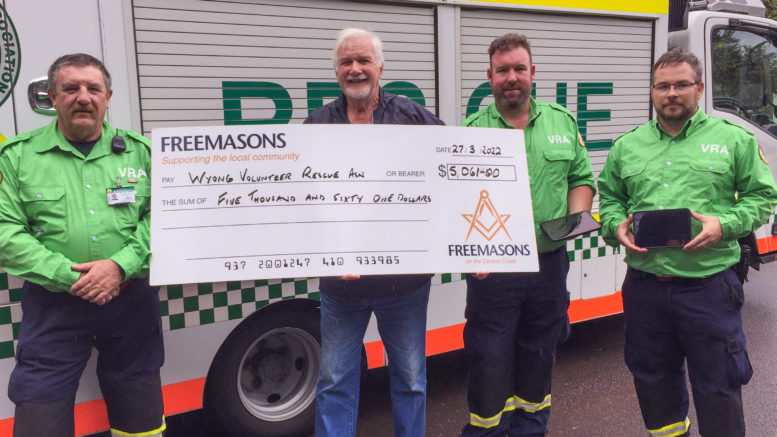 CCVRS put out a request for funding for two iPads and brackets that could be used in its Rescue Squad vehicle.

A formal presentation was given on Sunday, March 27 at the Allison Homestead in Wyong, where the Squad demonstrated their equipment.