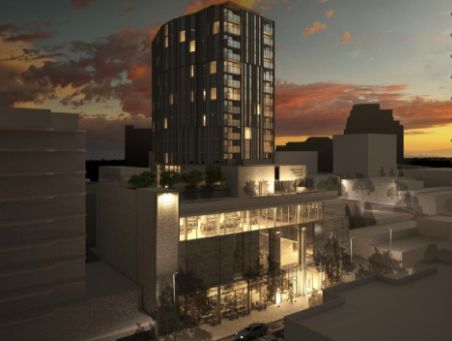 The redevelopment of the Vancouver Masonic Centre on West 8th between Granville and Hemlock is about to get underway.

The current four-storey structure, built in 1974, is a nearly windowless concrete bunker containing offices and a popular banquet hall.

The redevelopment will add 159 rental apartments to the site in an 18-storey tower, as well as a new four-storey building for the Masonic Centre.