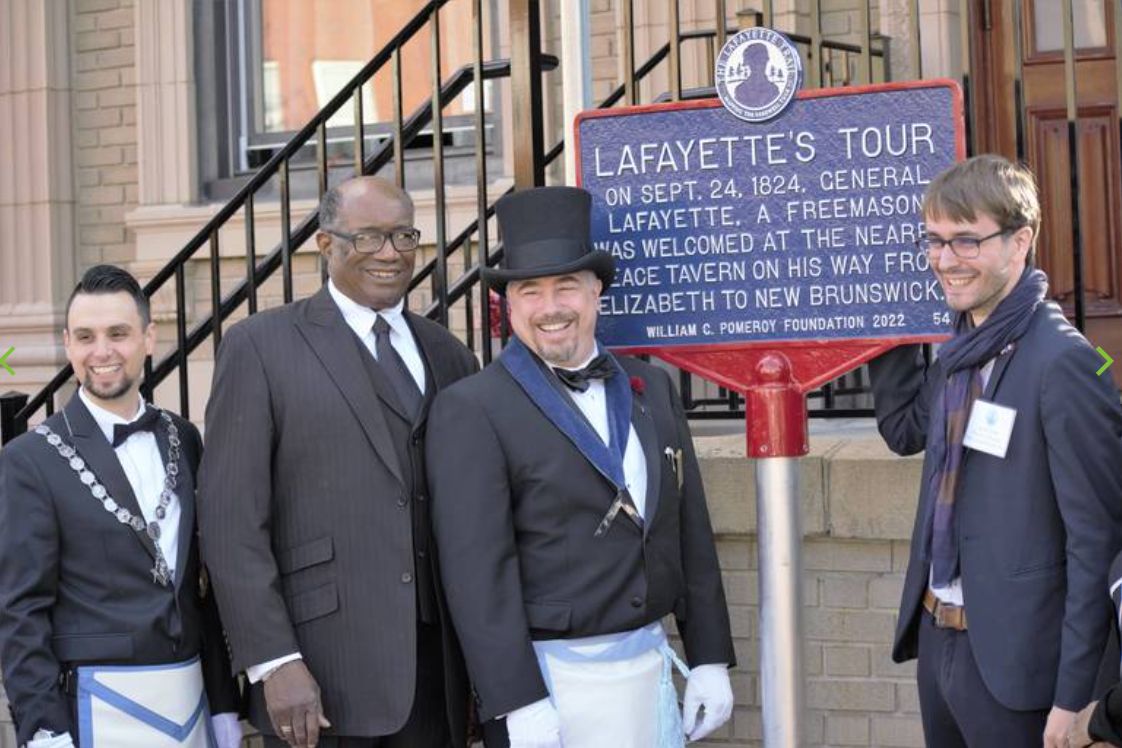 When TAPinto Rahway first posted a short piece about a Rahway woman who had died in 1907 and had actually met Marquis de Lafayette, the French hero of the American Revolution, during his farewell visit to America in 1824-1825, we really only hoped to put out a clever little “Rahway in History” article that might generate some interest.

That it did, but it ended up producing some welcome unintended consequences as well. We had mentioned in the article that the local Rahway Masonic Lodge No. 27 (which received its charter on November 9, 1824, less than two months after Lafayette’s visit), is actually named for Lafayette, whose full name was Marie-Joseph Paul Yves Roch Gilbert du Motier, Marquis de La Fayette, in recognition of his visit to Rahway on September 24, 1824. The precise site of his visit was Rahway’s former Peace Tavern, then located near the corner of Main Street and Monroe Street. Following our article, Michael Romano, currently the Worshipful Master of the Rahway Masons (the highest ranking officer elected by the lodge), reached out to…