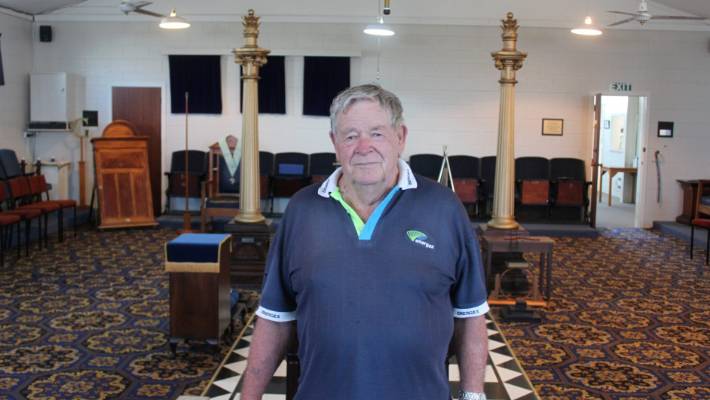 The Freemasons of Whitianga opened their lodge to “dispel the mystique” surrounding the historic organisation.

On April 29, the lodge rooms of the Whitianga Freemasons opened to the public for the first time in years.

Lodge Master John Hoyte said the aim was to “let people know who we are, what we are, and what we do”.

It’s a move lead by Freemasons New Zealand Grand Master Mark Winger, to “be proud and speak up for Freemasonry”.

The Freemasons is one of the world’s oldest and largest fraternal organisations, comprising of a “brotherhood” of men, and is heavily involved in supporting charity and community service.

The first written evidence of Freemasonry is dated back to the 14th century. The first Grand Lodge, in England, was formed in 1717.

Freemasonry came to New Zealand in 1842, and today there are 6500 Freemasons in 224 Lodges across the country.

It is not a secret society, Hoyte said, but there are some traditional symbolic elements members are asked to keep confidential.

“If you want to know about masonry, you could just Google it, you could know the secret signs and all the rest of it.