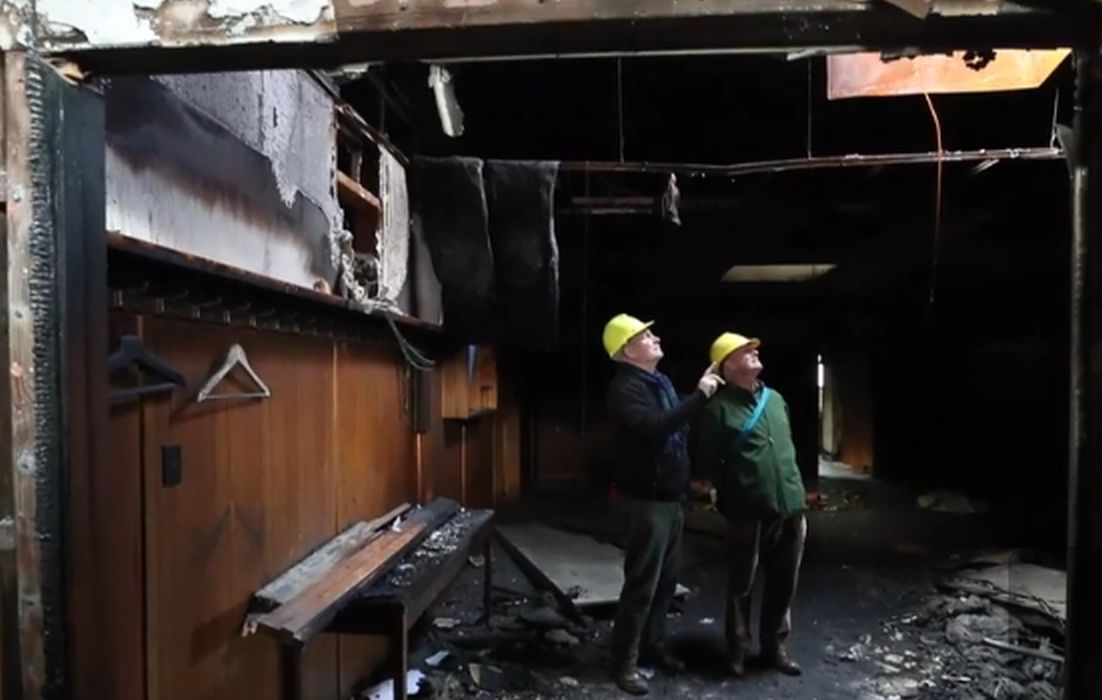 Boxes of blackened plates and cups stand on sooty tabletops, and tablespoons embossed with the Masonic symbol sit in drawers.

Inside the Nile St​ building, tiles hang from the ceiling on burned wires. The floor is a thick layer of mud, ash, and broken glass. Patches of sunlight shine through holes in the roof and ceiling.

This is the scene at the Nelson Masonic Hall​, more than a year and a half after it was devastated by fire in November, 2019​.

Despite being told by insurers to dump the hall’s contents, eight Freemasons chose to spend their Saturday morning boxing…