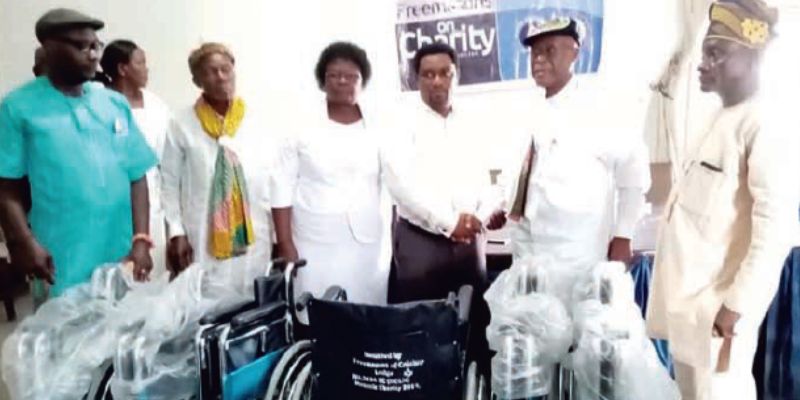 Freemasons of Calabar Lodge No.3434EC, under the District Grand Lodge of Nigeria/United Grand Lodge of England, English Constitution has embarked on a charity outreach to the University of Calabar Teaching Hospital (UCTH) and the General Hospital, Calabar.

The charity outreach yesterday in Calabar witnessed a donation of 12 wheelchairs; six each, to the University of Calabar Teaching Hospital (UCTH) and the General Hospital, Calabar in accordance with the basic principles of the freemasonry organization that rests on “Brotherly love, Relief, and Truth”.

Speaking at the UCTH conference hall, Worshipful Brother Francis Effiong Edet, Secretary of Calabar Lodge 3434 EC said Freemasonry is the oldest fraternity in existence, having survived for more than 300 years and that Calabar Lodge 3434EC was the fifth English lodge that was warranted in Nigeria; first to be established in the ancient city of Calabar and…

read more at The Nation: