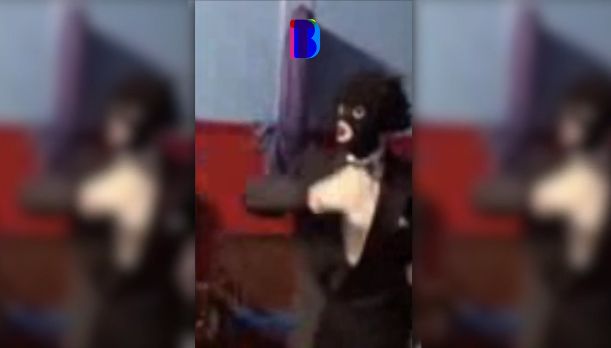 An investigation has been launched into a shocking ‘blackface’ stunt filmed in a masonic hall in Belfast.

The video has been met with outrage and widely condemned by local politicians.

The footage shows a man dressed in a controversial costume historically used as a caricature of a black person and now widely considered highly racist and offensive.

The video shows a man wearing a black face mask with white lips and eyes and a dark curly wig while dancing to the Al Jolson song I’m Sitting On Top Of The World.

Men can be seen watching the skit, with bottles and cans of beer on tables, and at one point one can be heard speaking in a Belfast accent.

American singer, comedian and actor Jolson was dubbed ‘the king of blackface’ performers in the early 20th century.

A source told the Belfast Telegraph that the video was recorded at The Glen Freemasons Hall in the Ligoniel area of the city two weeks ago.

The hall in the video matches a photograph of the interior of the same hall that can be found online.

After being sent a copy of the footage, Philip Daley, Grand Secretary of The Grand Lodge of Freemasons of Ireland, said…

read more and watch the video at belfasttelegraph.co.uk: