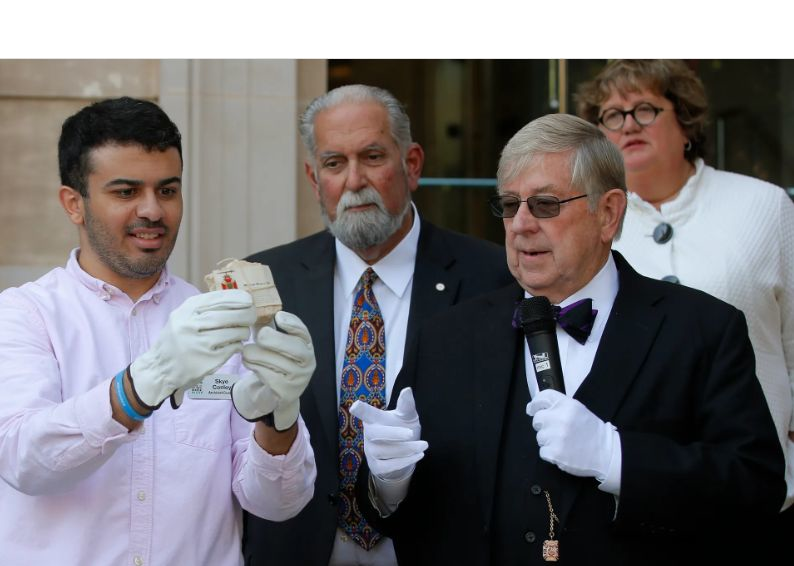 A century after a time capsule was buried behind the cornerstone of Oklahoma City’s Masonic Temple, its contents were opened to reveal a glimpse of the city in 1922.

Within the copper box, which had a lid soldered on to protect the historical items, lay newspapers from the day the cornerstone was laid, a lambskin Masonic apron, old coins, two Bibles and a stone a lodge member claimed at the time was from King Solomon’s temple in Jerusalem. Although there weren’t any big surprises or major historical finds, the opening was symbolic for the residents, business leaders, historians and Freemasons in…