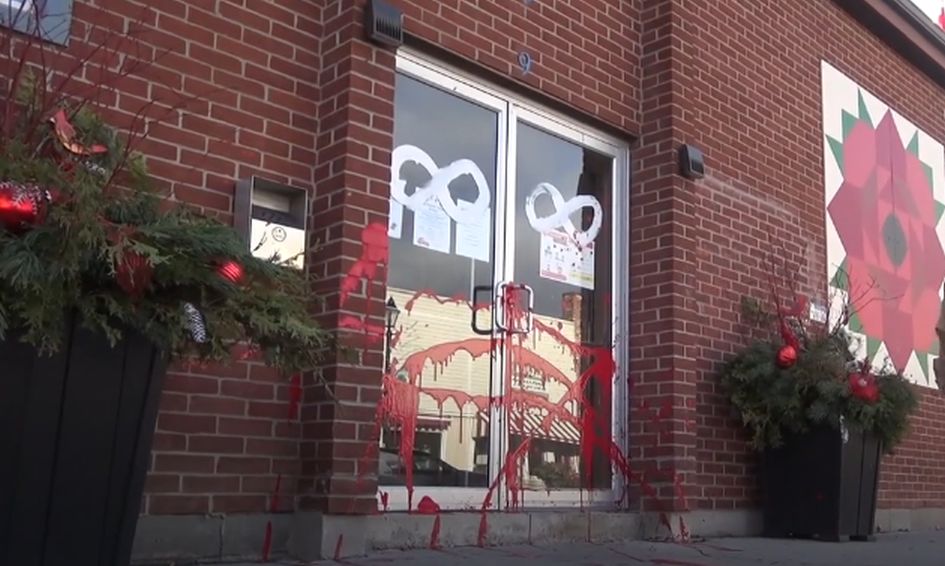 Peterborough police are investigating after paint was found tossed onto buildings in the village of Millbrook, including a branch of the Royal Canadian Legion.

On Tuesday morning, officers were at the Royal Canadian Legion Branch 402 on King Street East after red paint and white “infinity” symbols were found on the building.

The white infinity sign on a blue background is the Métis Flag for Louis Riel Day which falls on Tuesday. The day commemorates…