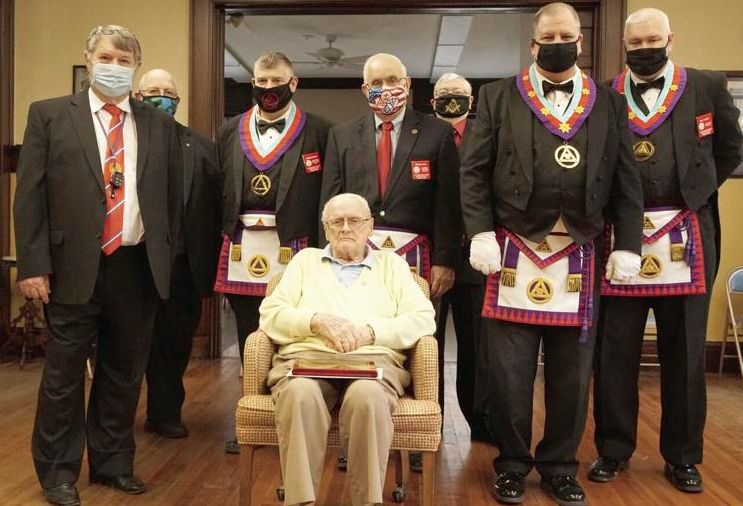 The Grand Chapter of Royal Arch Masons of Pennsylvania honored John M. Schultz Sr., 97, for 75 years of exemplary capitular service Wednesday morning in Titusville. Schultz first joined Titusville Lodge No. 754 in the spring of 1946. He actually wanted to join the Masons earlier, but said he “was just too young to join.”

After returning from serving in World War II, Schultz followed in his father’s footsteps and joined the Masons.

75 years later, Schultz is currently the oldest past High Priest of any Mason in the state of Pennsylvania. Schultz was presented with a 75-year service pin, a certificate of service and…

read more in The Titusville Herald: