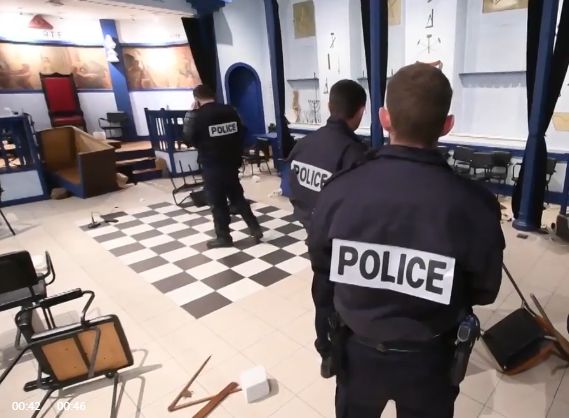 For the last four months, the ‘Gilets Jaunes’ (Yellow Vests) protest movement against the Macron government in France has continued unabated. Saturday marked the seventeenth straight weekend of street protests across the country, and the mostly spontaneous popular movement still has not coalesced around any sort of strong national leadership who might have some guiding influence. Even well-regarded national spokesmen are few. Like any sort of mob action, in addition to the true believers in their initial cause of government reform and anti-globalism, it has also sadly attracted all sorts of far-right, far-left, and freelance malefactors who just want to break things and attack their favorite boogeymen. Or whatever is handy. Consequently, there are many angry participants who are able to hang any sort of grievances, hatreds and conspiracies around the neck of what began as a populist fight against excessive taxation and government overreach.

Sooner or later, someone was bound to decide both Jews and Masons ought to be a target. It’s what bored anti-establishment delinquents do.

A group of ‘Gilets Jaunes’ street protesters in the southwest French town of Tarbes near the Spanish border broke windows and ransacked a Masonic lodge Saturday night. The otherwise peaceful weekend protest there by a crowd of about 450 took a destructive turn around midnight when a masked and unidentified man in a vest suddenly highjacked the march, grabbed a megaphone and yelled, “Let’s go get the police and the Freemasons!”

According to a story in Ladepeche.fr, the same man then led around a hundred followers to a local Masonic temple of the Grande Loge Mixte de France (a co-Masonic order) and began pelting the windows with rocks. As some in the crowd followed suit, he climbed the gate and several protesters smashed the door and entered the building. Once inside, they ransacked the lodge room, overturned furniture, and made off with four ceremonial…