Scotland – Freemasons in £2,000 donation to the 32nd Scouts in Greenock 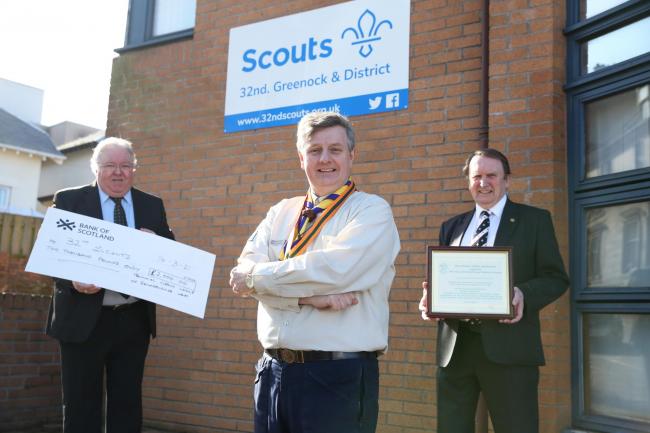 A local scouting group have further secured their future in the community thanks to a kind donation from generous Freemasons.

Members of the Provincial Grand Lodge of Renfrewshire West generously topped up the fundraising efforts of the 32nd Scouts based in Greenock by handing over a cheque for £2,000.