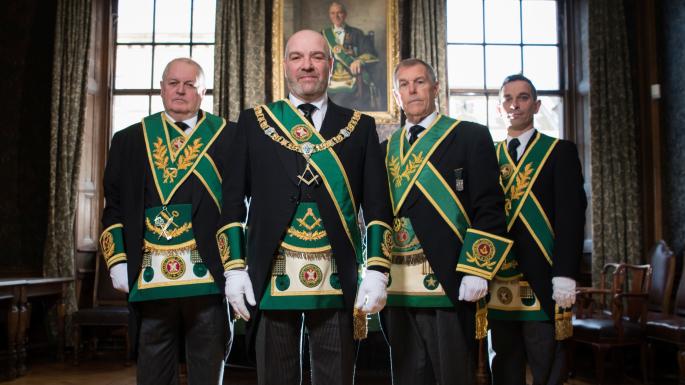 The Grand Lodge of Scotland has abandoned social media over fears that jealously guarded secrets are being leaked online.
The country’s freemasons began an unprecedented publicity drive four years ago to reverse a fall in membership. The lodge hoped that Twitter and Facebook would improve the standing of the all-male fraternal organisation, whose former members included George VI, Robert Burns and Arthur Conan Doyle.
It has since suspended its social media accounts after confidential internal information and spats between members appeared on the internet. The lodge also had problems with images of its members being posted publicly without their permission.
Robert Cooper, the curator of the lodge’s library and museum, who also edits its Twitter and Facebook pages, confirmed that the pages had been put…