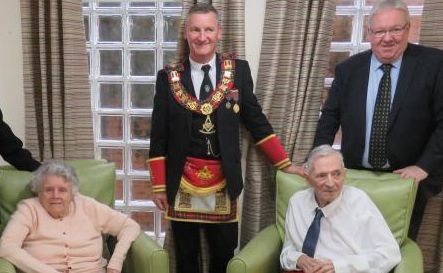 A LONG-serving Inverclyde Freemason has made history by being awarded a rare honour to mark 70 years of service.

It is one of the highest accolades in Freemasonry and very seldom presented.

The 92-year-old joined the organisation on March 23 in 1949, shortly after the end of World War Two, and is thought to be the first from his lodge, which was founded in 1905, to be bestowed the honour.

Jimmy was accompanied by his wife of 67 years, Elspeth, for the presentation at…