Service: Why Do We Help? 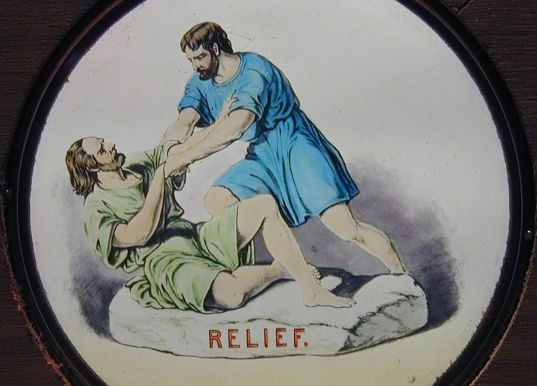 If you were to ask five different people of five different belief systems why it’s important to serve others, you’d probably get five somewhat different answers. For instance, a Hindu might say that it will accrue positive karma, a Christian that it’s to spread the love of Christ, and perhaps a scientific atheist might say that it simply reduces the amount of suffering in the world, and that is reason enough.

The teaching that we should serve others is almost universal in the various religions and wisdom teachings of mankind, although their stated reasons may vary, as one might expect. To most of us, it seems obvious that it is good to serve others, to help those in need. But as Freemasons, what is our explanation? Why do we help?

Freemasonry defines itself as an organization based on service to humanity, and masons throughout history have spoken on the subject of service to humanity extensively, and focused heavily on both charity and enlightenment. As with every other philosophy or belief system, our perspective on service is deeply rooted in the masonic perspective on humanity’s essential nature, and destiny.

An important caveat is necessary, here: technically, there is no single “masonic perspective,” because each mason chooses for him or herself how they think about any given topic. Freemasonry is a fellowship among truth-seekers, not an orthodox belief system. Therefore, the ideas presented here are in no sense meant to be understood as universally accepted by all masons…