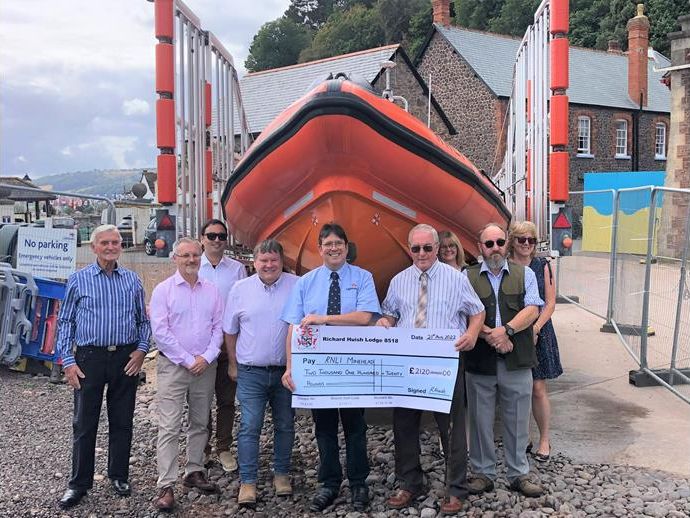 Members of the Richard Huish Lodge visited the station on Sunday to hand over a cheque for £2,120 to a delighted Minehead RNLI chairman Richard Newton.

He said everyone at the station had been hugely impressed by the fact that so much support for the appeal had come from outside the immediate area.

“The support the station gets from the Minehead community is legendary but over the last few months we have seen individuals and organisations from all over Somerset and beyond making valuable contributions to the fund-raising effort as well – and for that we are hugely grateful,” he said.

“It’s extremely gratifying that so many people regard this as such a worthwhile project – and want to do whatever they can to see it become reality.” The local fund-raising target represents just under a quarter of what the RNLI is spending on modernising and…