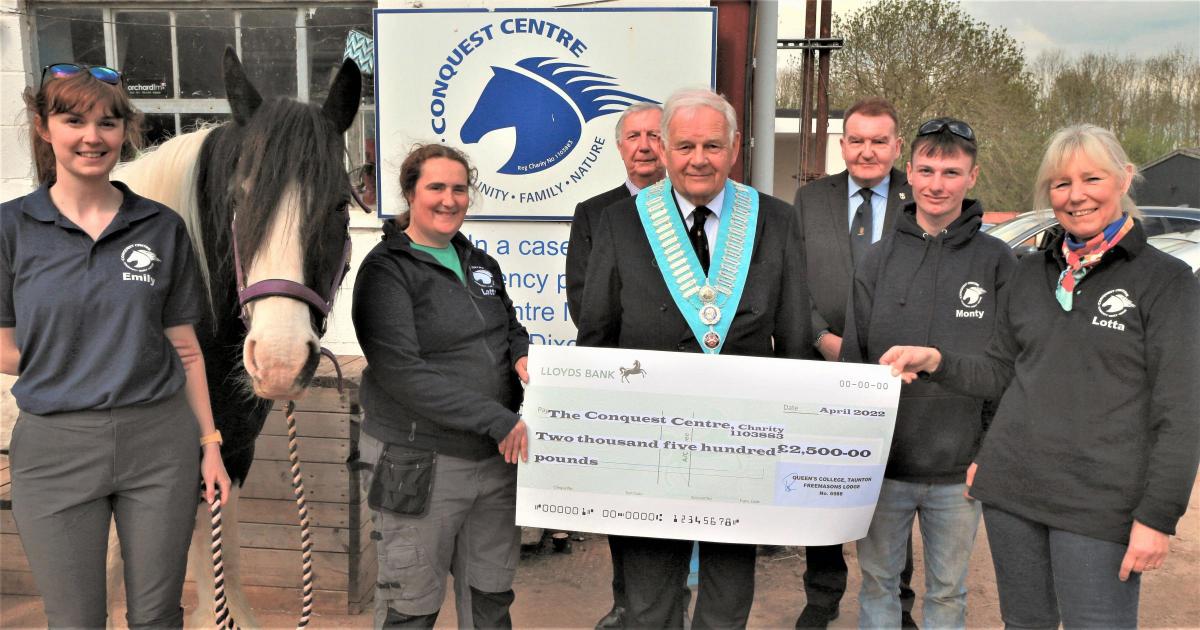 A group of Freemasons in Taunton raised £2,000 for a local charity at two meetings.

Graham Ten Broeke, in charge of the Queen’s College Lodge over the past year, chose to donate the money to the Conquest Centre, which offers horse riding for people with disabilities at Norton Fitzwarren.

And there was a further boost when the Somerset Provincial Office stumped up a further £500 for the charity.