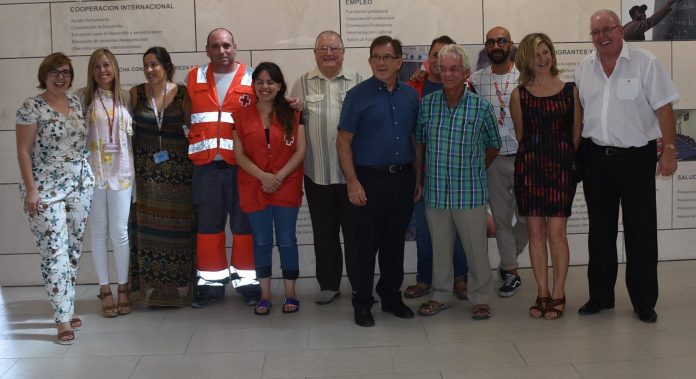 Senior Freemasons of the Provincial Grand Lodge of Valencia were recently invited to the Red Cross Headquarters in Alicante to attend a presentation, both to thank them for their donation of an invaluable support vehicle and also to demonstrate what had been done with that support vehicle which had been presented to them almost three years ago.

The presentation came about because, over a three-year period, the Province of Valencia held a Province wide festival to raise money for the Red Cross and eventually donated a fully fitted ambulance and two fully fitted support vehicles. One of these support vehicles was donated to the Red cross in Alicante and Snr Dominguez and the team felt they would like to thank the Masons for their generosity in providing it and to show what had been achieved by their team since it was presented.

The result was an extremely well-presented meeting at their headquarters in Alicante. Snr Dominguez and his team started by explaining the wide areas in which they were trying to help the less fortunate people of the Vega Baja and other areas. of which, sadly, there are many. They try to help a wide variety of people including the homeless, immigrants, those facing natural disasters such as fires, very relevant when at present there are so many of these, and virtually every other misfortune you could think of.

Until this vehicle was presented most of the help offered had to be given at the headquarters. They had often wished they could…