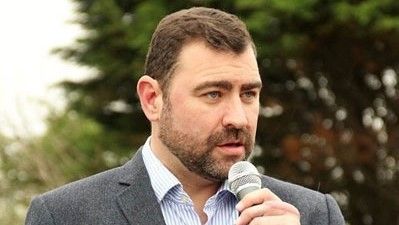 Andy Reid, an Afghanistan War veteran and Freemason who has been described as a ‘big quiet man’, has been working hard behind the scenes, mentoring vulnerable residents who live in Wigan, St Helens and its surrounding areas.

Andy is a member of Bryn Lodge, who meet at Bryn Masonic Hall, Ashton-in-Makerfield, in the Wigan Group.

He works with military veterans, young carers and fostered children over the age of 18, as well as people with learning and mental health issues in the community of St Helens.

Andy seeks to give all of these people the ‘best friend’ that they never had.

The foundation, ‘Standing Tall’, was created after Andy recovered from an October 2009 explosion in Helmand Province.

Corporal Andy Reid had served 15 years with the 3rd Battalion Yorkshire Regiment before he was blown up by a Taliban improvised explosive device while on patrol in Helmand Province, Afghanistan.

He was injured so badly that it was thought he would not survive, but he defied the odds, and within a month, he was able to meet up with members of his patrol again.

Through his associations with different organisations, Andy realised that…