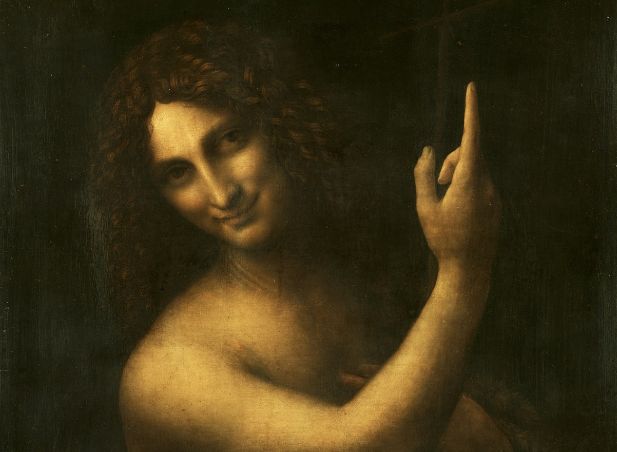 “There is in every regular and well governed Lodge, a certain point within a circle, embordered by two parallel perpendicular lines… “

In our American Masonic ritual variations, one of the least understood symbols is this point within a circle, bounded by two parallel lines, with the volume of sacred law at the top. Like everything else within our symbolism, if you poke around into history and the origins of why we do what we do as Masons, much can be discovered in the tiniest of things.

Today, June 24th, Freemasons celebrate the Feast of St. John the Baptist. A curious thing for a purportedly non-sectarian group to do. Freemasonry historically acknowledges St. John the Baptist and St. John the Evangelist as its patron saints, reveres their memory, points to their exemplary lives in its ritualistic work, and dedicates its lodges to them.

In 1740, Chevalier Andrew Michael Ramsey, a Scottish expatriate living in France and Orator of the Grand Lodge of France, first suggested what morphed into the Templar theory of the formation of Freemasons.

“During the time of the holy wars in Palestine, several principal lords and citizens associated themselves together, and entered into a vow to re-establish the temples of the Christians in the Holy Land; and engaged themselves by an oath to employ their talents and their fortune in restoring architecture to its primitive institution. They adopted several ancient signs and symbolic words drawn from religion by which they might distinguish themselves from the infidels and recognize each other in the midst of the Saracens. They communicated these signs and words only to those who had solemnly sworn, often at the foot of the altar, never to reveal them. This was not an oath of execration but a bond uniting men of all nations into the same confraternity. Some time after our order was united with the Knights of St. John of Jerusalem. Hence our lodges are, in all Christian countries, called Lodges of St. John.”

Ramsey largely invented his tale out of whole cloth, and there is nothing to suggest that his account was anything more than a fairy tale.

What is called the Old York Lecture from about 1770 in England contains the following as part of its EA catechism:

“Q. To whom were the lodges dedicated during the Mosaic dispensation?”__”

“Q. And under what name were the Masons known during that period?”__

“A. Under the name of Dionysiacs, Geometricians, or Masters in Israel.”__

“Q. But as Solomon was a Jew, and died long before the promulgation of Christianity, to whom were they dedicated under the Christian dispensation?”__

“A. From Solomon the patronage of Masonry passed to St. John the Baptist.”__

“Q. And under what name were they known after the promulgation of Christianity?”__

“A. Under the name of Essenes, Architects, or Freemasons.”__

“Q. Why were the lodges dedicated to St. John the Baptist?”__

“A. Because he was the forerunner of our Saviour, and by preaching repentance and humiliation, drew the first parallel of the Gospel.”__

“A. Because he finished by his learning what the other began by his zeal, and thus drew a second line parallel to the former; ever since which time Freemason’s lodges in all Christian countries, have been dedicated to the one, or the other, or both of these worthy and worshipful men.”

William Preston’s Lectures, which is what our own rituals are based upon (by way of Thomas Smith Webb in the U.S.), were the standard in the premiere Grand Lodge of England until the reconciliation between the “Ancient” and “Modern” factions in 1813, when a compromise was developed. References to the Saints were removed, the parallel lines were said to represent Moses and Solomon, and the lodges dedicated “to God and his service.” Our English brethren removed the saints to eliminate any hint of religious sectarianism, but lost a vital aspect of Masonic symbolism and teaching in the process.

The symbol itself is actually based on…