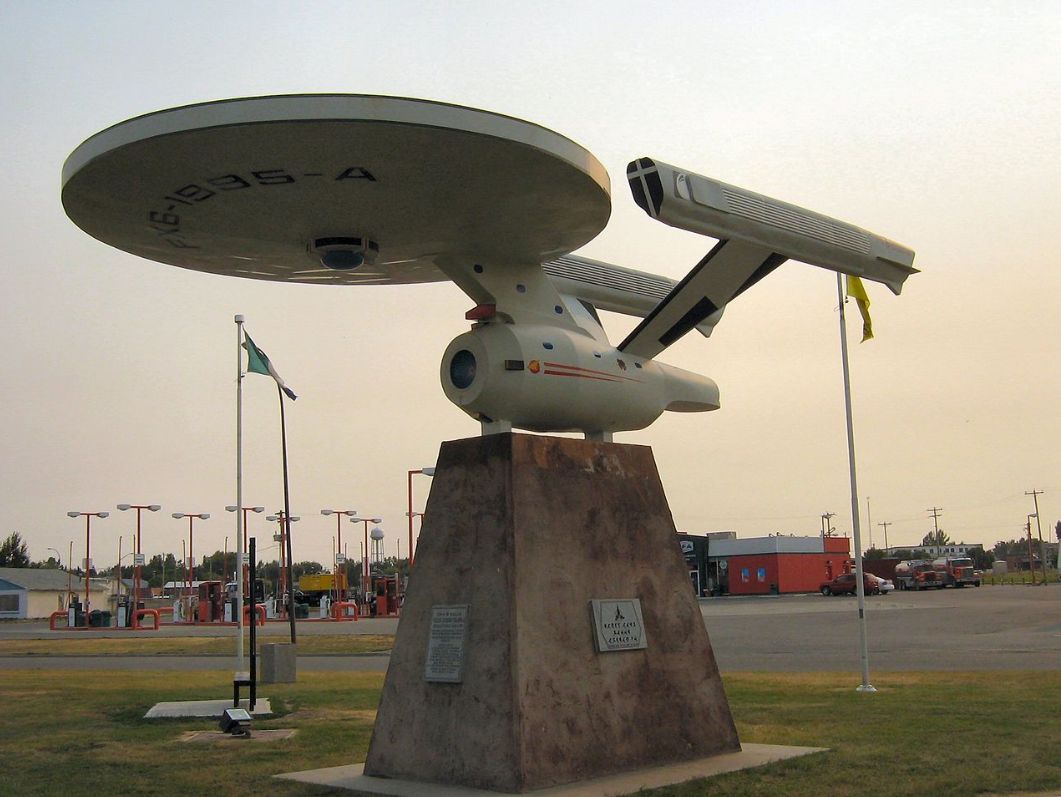 A replica of the starship Enterprise from Star Trek V, Vulcan, Alberta

(by Darin A. Lahners, The Midnight Freemasons, the picture: dave_7 – Flickr/Wikipedia, September 2019)

August 19, was what would have been the 98th birthday of Star Trek’s creator, Gene Roddenberry. As luck would have it, I injured my back somehow last Wednesday which put me in bed for the better part of that evening and most of Thursday. There was a Star Trek Marathon on BBC America which I can only guess was being done due to his upcoming birthday. It consisted of TOS (The Original Series), The Next Generation, as well as some Voyager thrown in. I know that these are available on Netflix, but for some reason I was compelled to watch some of the broadcast marathon. I’m sure that I’m not the only one who has watched any of the Star Trek shows or movies and not seen any similarities to Freemasonry present. For the purposes of this article, I am only going to use Star Trek (The Original Series) as my example.

There’s a popular conspiracy theory that Roddenberry was a 33rd degree Scottish Rite Freemason, although there is absolutely no evidence to support this. Roddenberry considered himself a humanist. Wikipedia defines Humanism as such: Humanism is a philosophical and ethical stance that emphasizes the value and agency of human beings, individually and collectively, and generally prefers critical thinking and evidence (rationalism and empiricism) over acceptance of dogma or superstition. This isn’t to say that he was an atheist, his friend Charles Muses is quoted as saying that before his death, Roddenberry stated:

“It’s not true that I don’t believe in God. I believe in a kind of God. It’s just not other people’s God. I reject religion. I accept the notion of God.”

Roddenberry is quoted as saying:

This being said, it’s easy to see why there’s a belief that Roddenberry might have been a Freemason. The Star Trek universe parallels many of our teachings in…