Texas/U.S. – Cracking the code: A trip to Waco reveals not-so-secret history of Masons in Texas 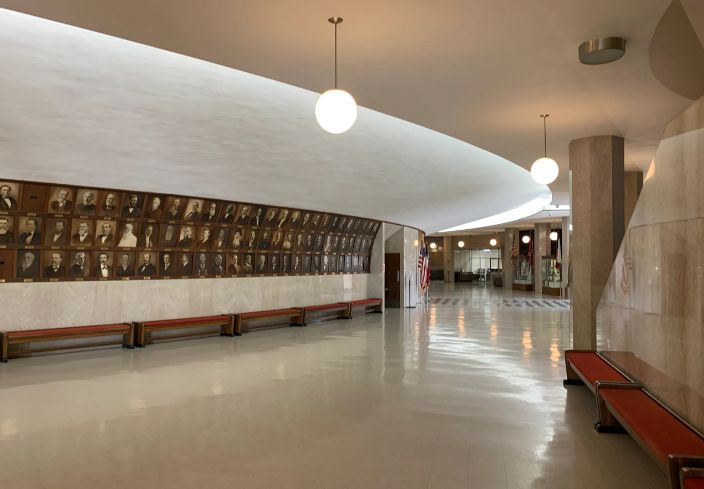 These days, there isn’t much secrecy about the Grand Lodge of Texas or, for that matter, any of the Masonic or near-Masonic museums and libraries in this city, which hosts a historically high convergence of these once-powerful fraternal groups.

Freemasons trace their history back to 13th-century European stonemason guilds. But in the U.S., their private lodges — replete with arcane signs and symbols — were, for the most part, fraternal societies that outsiders found hard to crack. Thus, the air of secrecy.

Years ago, on another road trip to Waco, I was struck by the singularity of the Grand Lodge of Texas, located on Columbus Avenue, not far from the McLennan County Courthouse. The 1948 state headquarters, which occupies almost a full block, rises like a stone palace from a…