The Guardian: The sign, the handshake and the steps: inside the world of the Freemasons, 1967 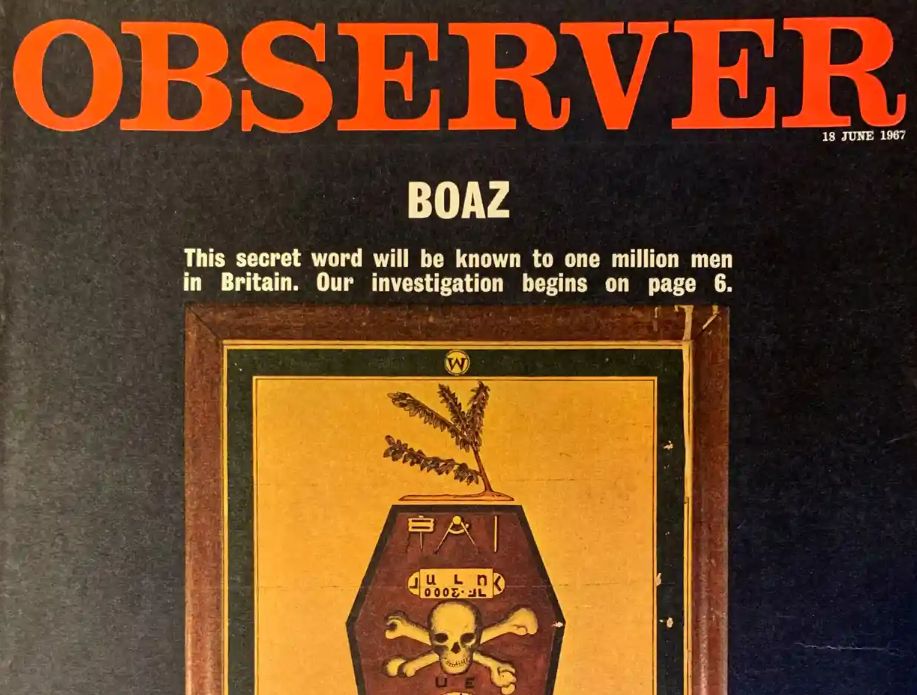 The cover of the Observer Magazine of 18 June 1967 featured the ‘secret word known to one million men in Britain’ – Boaz. Though quite how something that about one in 20 men knew was a secret is more of a mystery.

There was ‘a fixed rule against discussing religion in the lodge’

But then this was an investigation into Freemasonry, so there was bound to be a lot of silliness. There was a double page of mugshots, including dukes, churchmen and judges. ‘These men have one common bond – they are members of Britain’s most powerful secret society.’ Well, that and all being white, middle-aged men.

‘That masons may appear to get faster promotion than non-masons is not necessarily evidence of corruption,’ argued…