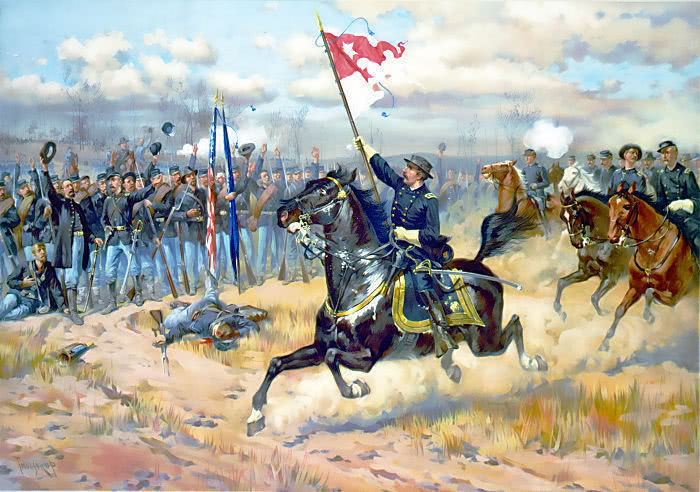 The Battle of Opequam took place in Virginia very near the end of the Civil War in Virginia-very shortly before the decisive Union victory at Gettysburg. The battle is more commonly referred to today as the last battle of Winchester. Winchester, Virginia, where this battle took place, was a hot-spot during the Civil War, and it was very well defended by the Confederate Army. Three major battles were fought there during the war. The Union Army won only the last one.

Shortly after the last battle of Winchester had been fought and won by the Union, a Union officer went with his friend, a surgeon, to a field where about 5,000 Confederate prisoners from the battle were being held under guard.

The Union officer wasn’t sure what he’d seen. Curious, he asked the doctor about it after they left the camp.

“Did you know these men or ever see them before?”

“No,” replied the doctor, “I never saw them before.”

“But,” he persisted, “you gave them a lot of money, all you had about you. Do you ever expect to get it back?”

“Well,” said the doctor, “if they are able to pay me back, they will. But it makes no difference to me; they are Brother Masons in trouble and I am only doing my duty.”

The Union officer decided at that moment to become a Freemason. He recalled thinking to himself, “If that is Freemasonry, I will take some of it for myself.”

That Union officer’s name was William McKinley. He would later become the 25th President of the United States. On May 3, 1865, a few months after visiting that camp with his friend, he became a Freemason at Hiram Lodge No. 21, in Winchester, Virginia.

If I stopped right here, I think I’ve told a pretty good story. It’s a story that tells us a lot about the character of one of the most virtuous men that ever sat in the office of President of the United States–a man who was moved to join Freemasonry after witnessing an act of kindness and charity.

But there is another side of this story-a side that reveals a great deal about the character of the institution that McKinley had resolved to join.

McKinley was true to his word. He took his degrees in Winchester just few weeks after Lee surrendered to Grant at Appomattox Courthouse and just two weeks after President Abraham Lincoln was assassinated at Ford’s Theater. To say this was a tumultuous time in American history is an understatement. This was…