iNews: Today’s Freemasons-a secretive society with power over the police? Or just a posh boys’ club? 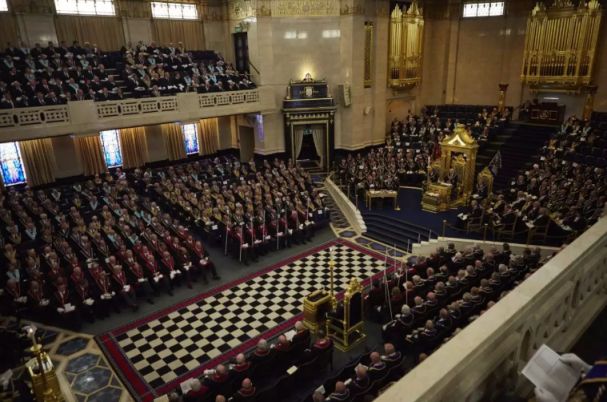 There are six million Freemasons around the world. Famous members include comedian Richard Pryor who is reported to have joined the Henry Brown Lodge in Peoria, Illinois, in 1982. Other notable Freemasons include Hollywood actor John Wayne while several American Presidents have become prominent members of the organisation. George Washington was a master Mason and founding father Benjamin Franklin graduated to grand master and edited and published the first book of American Masonry in 1734.

In Britain, the membership also cuts across society and includes kings as well as those from much more humble beginnings. King Edward VII was a well known Mason as is Jim Davidson today. A number of British prime ministers have joined the organisation, including George Canning and Winston Churchill. In the world of sport, footballer Jackie Milburn was one and so was boxer ‘Smokin’ Joe Frazier. Secret handshakes It’s easy to laugh at the secret handshake and the surreptitious lifting of the trouser leg. Ever since Monty Python mercilessly ridiculed the ancient rituals of the worshipers of the United Grand Lodge of England, public opinion has tended to dismiss the Masons as harmless, anachronistic nonsense. But in the past few weeks, a more sinister impression of the secret movement of “brothers” has begun to emerge.

First, a retired senior police officer accused the Masons of thwarting reform of the police service. Then this week another officer went further, claiming that Masonic cliques had blocked investigations against their own and discredited officers who tried to expose them. Garry Rogers, a former CID officer with the Greater Manchester Police and recipient of the Queen’s Police Medal, alleged that Masons at the top of the force had once tried to protect an officer who was later found guilty of criminal deception…