Pennsylvania/U.S. – Secret Philly: Inside the Masonic Temple, the intricate landmark next to City Hall 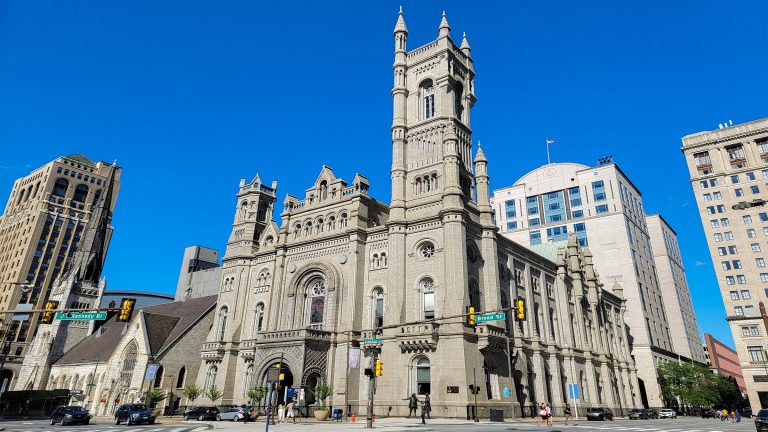 An occult society playing a hand in major American history events that’s run by a cabal of ex-U.S. presidents who communicate with compasses and cryptic symbols? There are plenty of myths and speculation about Freemasons. h3>But the folks behind Philadelphia’s Masonic Temple really, really don’t want you to think anything weird is going on in the striking, cathedral-esque building just north of City Hall. h3>“If we were a secret society, we wouldn’t have this building prominently displayed in the middle of a major city,” said Michael McKee, executive director of the Masonic Library and Museum of Pa. “Either that, or we’re horrible at keeping secrets.” h3>Hmm. Sounds like what someone good at keeping secrets would say. h3>Let’s clear up one misconception: Non-Masons are absolutely allowed inside the Philadelphia building, McKee emphatically noted. The temple is open for tours, weddings, corporate events and even the occasional reporter who wants to…