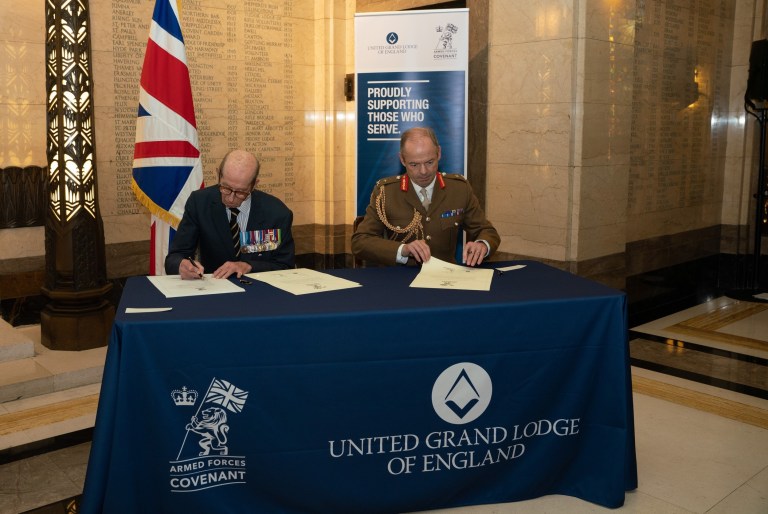 The Freemasons have signed the Armed Forces Covenant during a ceremony at Freemasons’ Hall in Covent Garden on 20 October led by His Royal Highness, The Duke of Kent.

The partnership aims to support members of the Armed Forces community and ensure they have the same access to government as well as commercial services and products as any other citizen.

By signing the Armed Forces Covenant, the United Grand Lodge of England (UGLE) will be able to demonstrate its support to members of the Armed Forces in a number of areas, including education, family wellbeing, getting a home, starting a new career, access to healthcare, financial assistance and discounted services.

UGLE has a strong Armed Forces background through its military Lodges. This partnership therefore represents an important step in further supporting both active and retired military personnel. Important Armed Forces personnel such as…