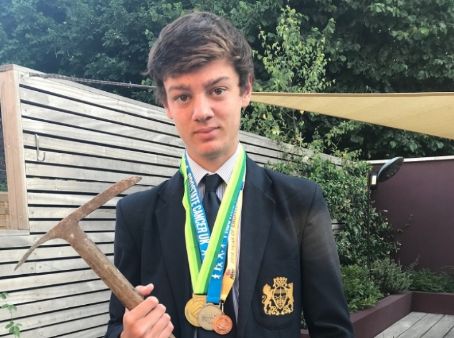 A 15-YEAR-OLD SON AND GRANDSON OF TWO BRISTOL FREEMASONS HAS COMPLETED FOUR ENDURANCE CHALLENGES IN SIX WEEKS TO RAISE OVER £5,000 FOR A NATIONAL PROSTATE CANCER CHARITY

When Dr Richard Hayes was suddenly and unexpectedly diagnosed with metastatic prostate cancer in April this year, his grandson Edward felt pretty powerless and didn’t know what to do to help, so he decided to undertake a series of challenges to raise money for Prostate Cancer UK. A retired GP, Richard was having an annual PSA blood test due to a family history of the disease.

Even though he had no symptoms, his PSA level was a little bit raised, which prompted referral to a specialist. The specialist turned out to be a member of his own lodge in Bristol, but unfortunately after he was investigated it was shown that the cancer had already spread to his bones.

Edward spoke to his teachers at Beechen Cliff School in Bath about what he could do to try and raise money. As Edward recalls…