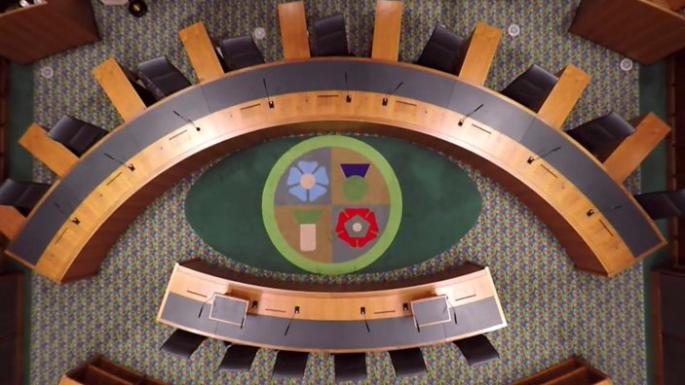 Freemasons have suggested that one of their most venerated symbols has been hidden in plain sight at the very heart of the UK justice system.
A member of the Grand Lodge of Scotland has argued that the main chamber of the Supreme Court in London has been designed to resemble an “all-seeing eye” — a key Masonic emblem — when viewed from above.
A photograph purporting to show the arcane symbol was posted on the lodge’s official Facebook page. The organisation’s online editor wrote: “The image is a photograph of the main chamber of the UK’s Supreme Court taken from directly above. It is argued by the brother concerned that this is no less than a stylised representation of the All-Seeing Eye.”
They suggested that…