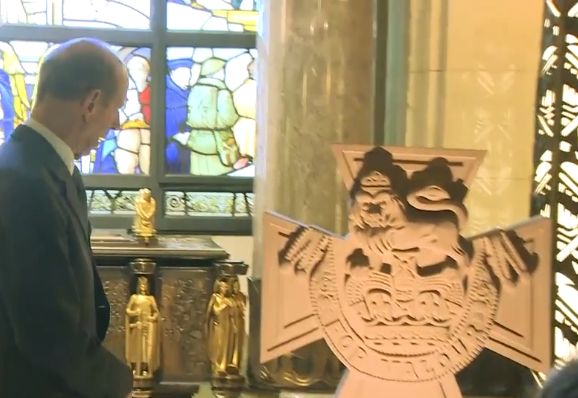 A memorial stone has been dedicated to Freemasons in England who have been awarded the Victoria Cross.

The Duke of Kent, the United Grand Lodge of England’s Highmaster, unveiled the stone at the Freemasons’ Hall in central London.

More than 200 Freemasons have received the VC.

It took eight months and is the only stone in the building to be carved by a woman.

Stonemason Emily Draper said: “I carved it all by hand and wanted to do everything very traditionally.

“When I was carving it…