The United Grand Lodge of England: Enough is enough 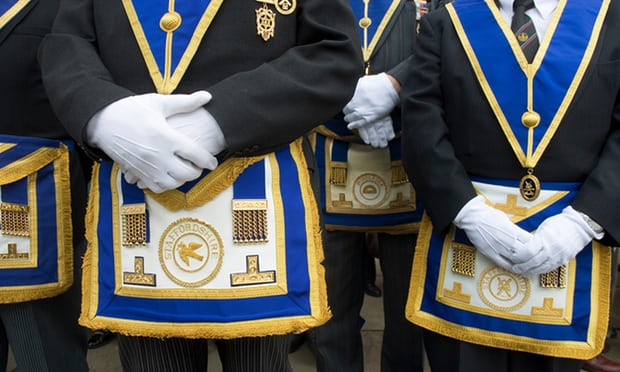 Freemasons: we have been undeservedly stigmatised

Freemasons have been “undeservedly stigmatised” and will be running a series of open evenings to prove they are not a secret society, the organisation’s leader has said.

The United Grand Lodge of England placed adverts in three national newspapers on Thursday headlined “Enough is enough”, claiming it is a victim of misrepresentation.

This week, the Guardian reported that two Freemasons lodges set up for MPs and journalists continued to operate secretly at Westminster.

David Staples, the United Grand Lodge chief executive, said he had written to the Equality and Human Rights Commission about concerns that its 200,000-plus members were victims of gross misrepresentation and discrimination.

“Our members shouldn’t have to feel undeservedly stigmatised. No other organisation would stand for this and nor should we,” he said. 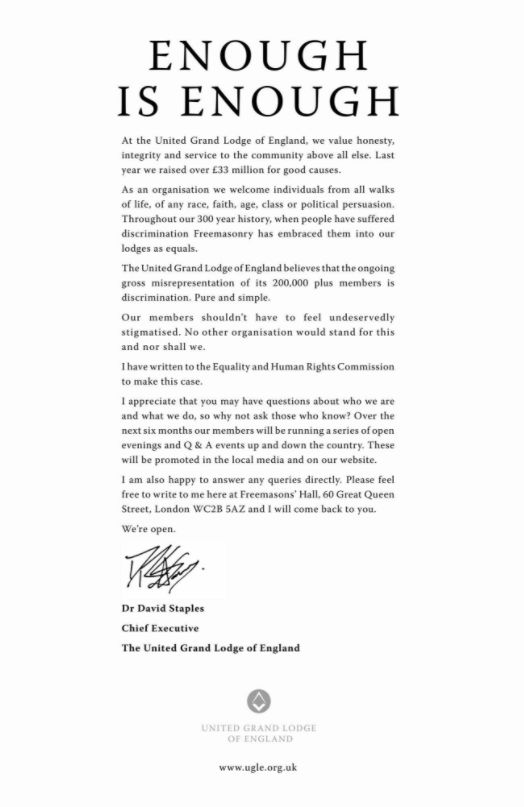 read more at The Guardian webpage