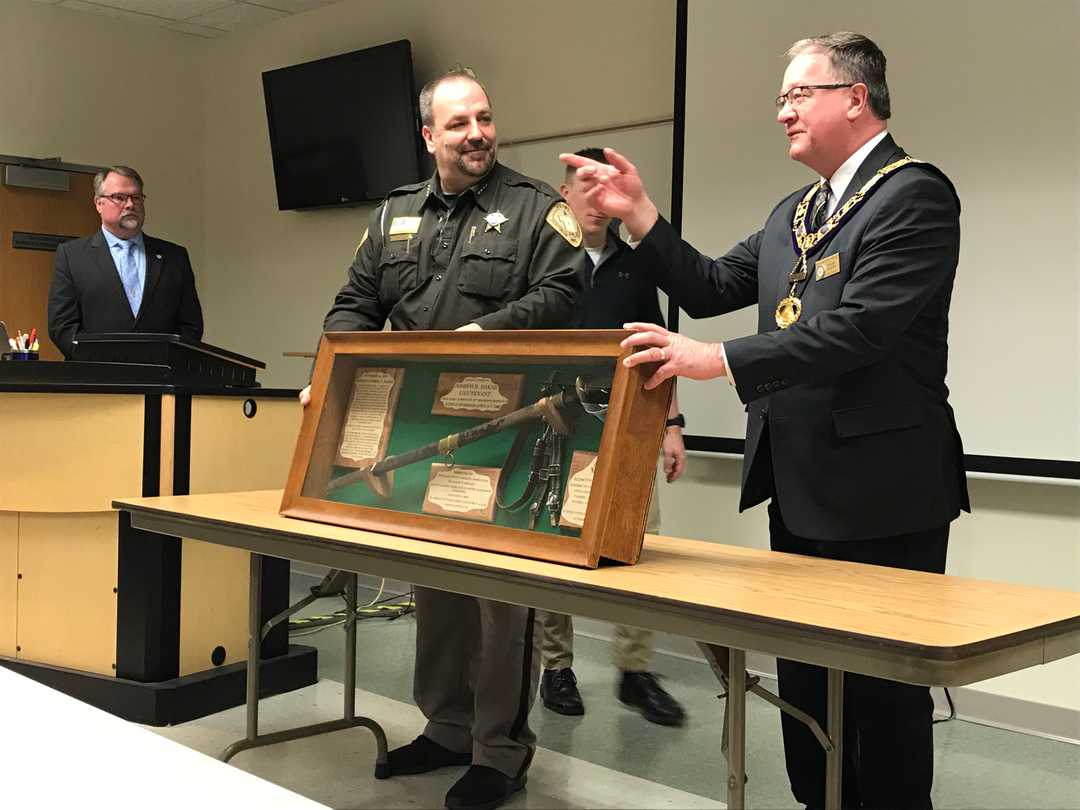 STEVENS POINT – A Portage County Sheriff came home from the Civil War and became a lawman. When he was killed trying to intervene in a feud between neighbors, his wife gave over his Civil War sword to the local chapter of the Freemasons.

It has been more than 143 years since the widow of Sheriff Joseph H. Baker gave the sword to the Masons. On Wednesday, the organization in a special ceremony handed it back to the Portage County Sheriff’s Department.

Baker, who died in 1875, was the first county sheriff to be killed in the line of duty after Wisconsin became a state, Portage County Sheriff’s Department Detective Dustin Kitzman said Wednesday during the ceremony, which coincided with Law Enforcement Appreciation Day.

Baker was injured in the Civil War’s Battle of Shiloh in southwestern Tennessee, Kitzman said. The battle, which ended in a Union victory after days of fighting, claimed more than 23,000 casualties, including more than 3,000 fatalities. And through the battle Baker carried the sword his wife would later give to…