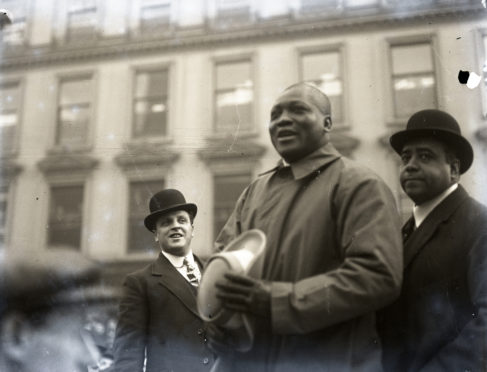 Dundee Freemasons have thanked US president Donald Trump for a posthumous pardon granted to a heavyweight boxing hero.

Past Master Graham Letford has now written to Mr Trump to praise him for “this great gesture” on behalf of “the whole of Scotland”.

Jack Johnson was the first black heavyweight champion of the world.

He became a Freemason in Forfar and Kincardine, No 225 Lodge, in Dundee, on October 13 1911, while visiting the UK for a fight at Earl’s Court in London.

Johnson, whose consensual relationship with a white woman was seen by many at the time as taboo, was…