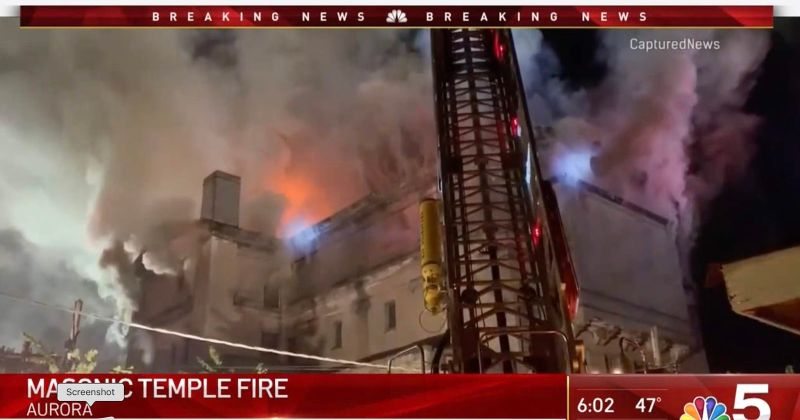 And another one gone.

The former Aurora, Illinois Masonic Temple was destroyed by fire last night. It has been empty since 2006. The cause of the fire is unknown.
From the NBC affiliate in Chicago:
Crews continued to battle the massive fire into Tuesday morning. Officials said the ceiling caved in on the five-story structure overnight and it remained unknown as of early Tuesday which portions of the building, if any, would be salvageable.
The blaze rendered the temple structurally unstable, Aurora Fire Chief Gary Krienitz said at the scene early Tuesday. Krienitz added that the temple’s roof and part of the facade had already collapsed, and that the entire area was blocked off out of fear that the walls could…