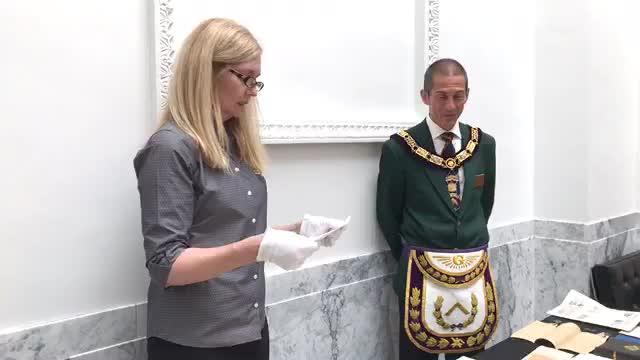 Lisa VandeVoort, business manager at Architecture Incorporated, said the time capsule — placed on June 6, 1924 — was opened as renovations were being done to the building.

The Masons never specified a date to open the capsule, VandeVoort said, “so doing it during renovations made sense.”

Dozens of items were removed from a box set in the building’s cornerstone, including a Masonic Bible, several…