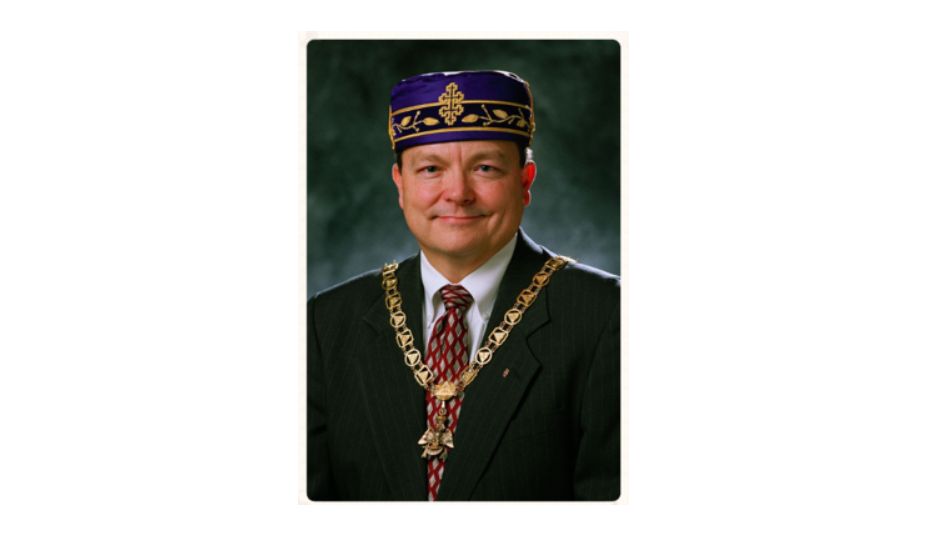 Congratulations to Illustrious James D. Cole, 33°of Richmond, Virginia, the newly elected Grand Commander of the Supreme Council of the Ancient Accepted Scottish Rite, Southern Jurisdiction.
Grand Commander Cole was just elected today at the AASR-SJ Biennial Session being held at the Capital Hilton Hotel in Washington, DC. He now takes on the position from retiring, now-Past Grand Commander Illus. Ronald A, Seale, 33°, who served in this position for 16 years, since October of 2003.

GC Cole served as Grand Master of the Grand Lodge of Virginia in 2001. For many years he has been the CEO for the Masonic Home of Virginia in Richmond. Formerly controller of the Virginia Tech Foundation, he held several administrative positions at Virginia Tech following his tenure with an international accounting firm. His 30 years of experience with nonprofits and businesses includes roles as auditor, founder, officer and director of numerous organizations. He is also a licensed life insurance agent and holds two degrees from Virginia Tech.

Prior to this most recent honor and position, he was serving as both the Lieutenant Grand Commander of the Supreme Council and as the Sovereign Grand Inspector General in Virginia. Illus. Brother Cole’s Masonic career appears on the Portsmouth Valley Scottish Rite’s website:

Brother Cole was raised a Master Mason in 1983, in Craighill Lodge No. 160, serving as its Worshipful Master in 1987. His past Masonic service includes serving as District Deputy Grand Master, District Educational Officer and as Chairman of the Grand Lodge Committee on Finance.

Brother Cole is a member of the Valley of Roanoke, Ancient and Accepted Scottish Rite and was coroneted 33° Inspector General Honorary in October, 2001. He is a member of…