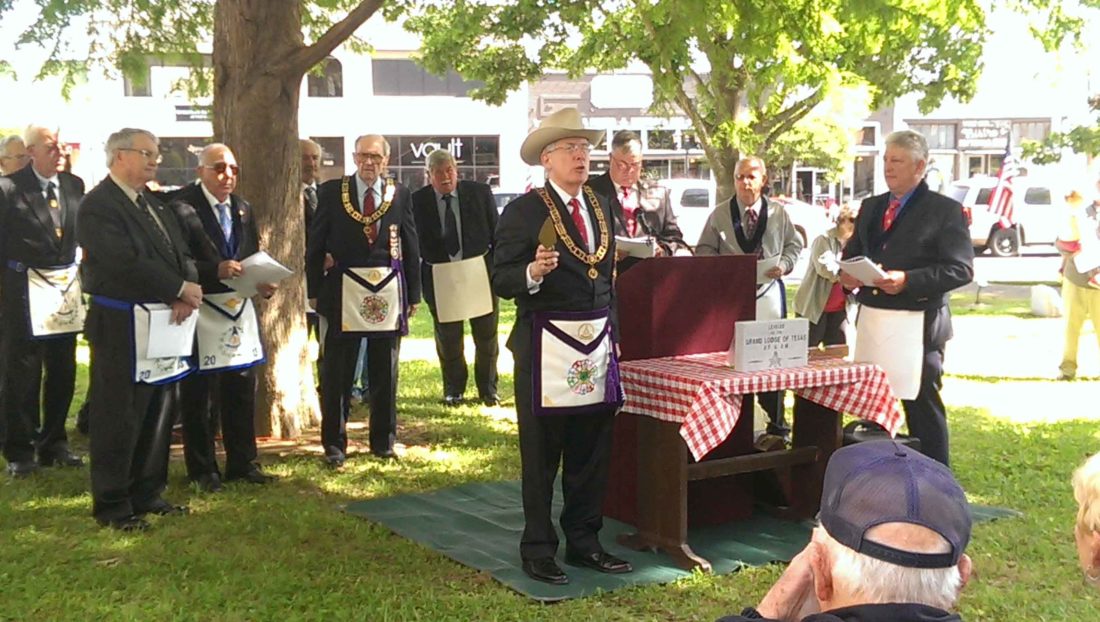 CADIZ — Harrison County commissioners announced Wednesday that a cornerstone ceremony is planned for the county later this month.

Masons from The Grand Lodge of Ohio, Harrison Lodge 219 and Freeport Lodge 415 will hold a cornerstone ceremony at the new Harrison Central school complex, located at 100 Husky Way south of Cadiz off Ohio 9 near Sally Buffalo Park. The event is scheduled for 1 p.m. Aug. 25 and is open to the public.

A cornerstone ceremony is a special event marking the laying of a cornerstones for a new building. Because of their heritage as builders of cathedrals and other public structures, the Freemasons have historically performed this ceremony during construction of new buildings, upon request. The ceremony can only be performed for public buildings such as schools, government buildings and churches. During the ceremony, the stone is inspected using ancient tools to ensure it is square, straight and level, because a building constructed on a poor foundation isn’t strong. Next, the cornerstone is consecrated with corn or grain, wine and oil, all of which are Masonic symbols of prosperity, health and peace. Finally, the stone is symbolically tapped in place with a gavel.

In modern times these events may not be noticed by many in the public, but in previous centuries the laying of a cornerstone for a new building was a very big, festive celebration. In the case of a courthouse, city hall or other major government building, parades were often held, speeches were given and the Freemasons would symbolically lay the cornerstone.