Ohio/U.S. – Masons honor community members for service to others 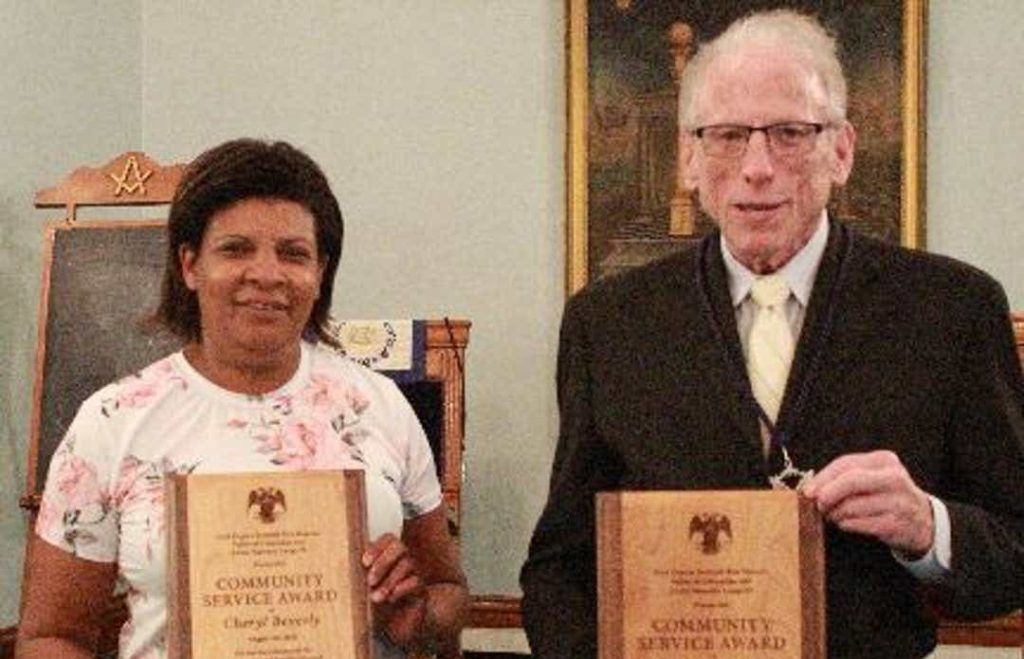 Scottish Rite Masons in Pike and Ross counties honored two Chillicotheans with their annual Community Service Awards — one a woman who fights against drug addiction and the other a Masonic Lodge officer who works tirelessly on behalf of patients at the local Veterans Administration Hospital.

The woman is Cheryl Beverly, who in 2015 founded Cheryl’s House of Hope, a residential recovery center for addicted women and their families. Beverly began her anti-drug efforts in 2012 after members of her own family became victims of the drug menace so prevalent among us.

Eventually, she opened the doors of her own home to aid in…